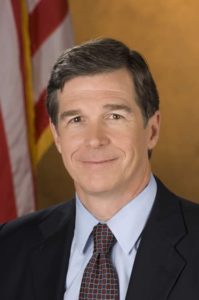 Some Bladen County residents could soon have their criminal records expunged quickly if they are first-time non-violent offenders, thanks to a newly adopted law. Governor Roy Cooper signed NC Senate Bill 445 into law on Friday. The bill allows standardizes and expedites the process to have your records expunged.

“Criminal justice shouldn’t end at incarceration. It should end at restoration,” Gov. Cooper said. “We want North Carolinians who have corrected their mistakes to go on to live purposeful, productive lives.”

Under previous legislation, individuals would have to wait fifteen years to have a non-violent offense expunged from their criminal record—more than three times longer than most other states. The new law reduces that waiting period to ten years for a first-time nonviolent felony and five years for a nonviolent misdemeanor. Senate Bill 445 also standardizes the process for expungement of criminal records and gives prosecutors electronic access to records expunged on or after December 1, 2017.

The law provides an opportunity for thousands of North Carolinians who have already paid their debt to make positive contributions in their communities and to lead meaningful lives.

Governor Cooper also signed a proclamation recognizing the expansion of juvenile jurisdiction in North Carolina. Following the passage of Raise the Age legislation earlier this year, non-violent offenders under the age of 18 are now accommodated in juvenile courts rather than being tried as adults. This allows young offenders to make amends and move on to pursue academic and professional opportunities with fewer setbacks from criminal records.

“We don’t want young people to be held back for life because of one bad decision,” Gov. Cooper remarked prior to signing the proclamation. “We want them and their families to work with our juvenile justice system so we can get them on the right path.”