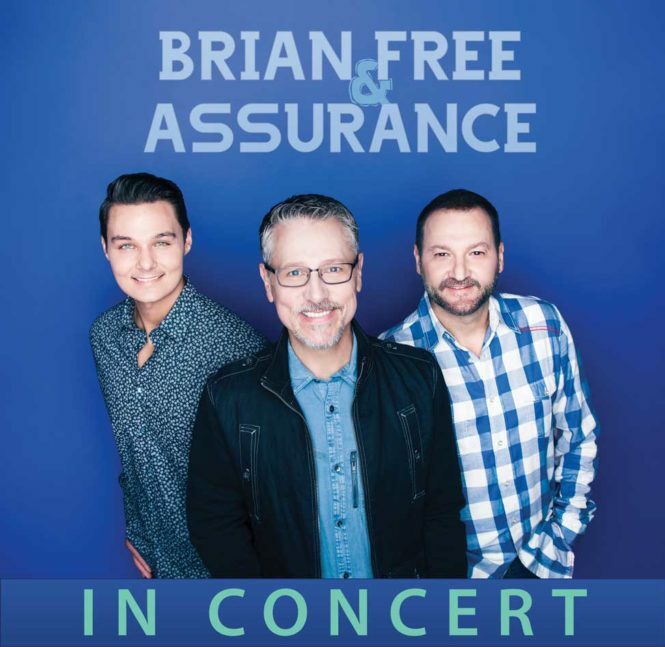 Brian Free is undeniably the most recognizable southern gospel tenor of our generation, according to southern gospel fans. In 1982, he has was entertained with Gold City Quartet, then Free formed his own group.

Gospel music has always been Brian’s first love, and fans have responded to his music by honoring him and the group at the Dove Awards for Southern Gospel Performance of the Year, “Say Amen,” in 2014 as well as “Long As I Got King Jesus” in 2006, according to the band’s website. Brian Free and Assurance has also made a number of notable television appearances, including TBN, Gospel Music Channel, Prime Time Country (TNN), Hee Haw (CBS), The “Today Show” (NBC), 27 of the “Gaither Video” series. In the summer of 2014, BFA was chosen by BBC to represent Elvis Presley’s love of Gospel Music on That’s Alright Mama, a Tribute to Elvis Presley with his arrangement of Peace In The Valley.

The mission of Brian Free and Assurance is to lift up Jesus Christ through their music, see souls come to know the Lord as Savior and be an encouragement to Believers across the nation and abroad.

Southeastern Carolina Crossroads has a goal to lift up Jesus Christ through their services as well. The local non-profit has been assisting men with addiction rehabilitation needs since 2015 come to know sobriety through a deep relationship with Jesus. There have been many positive outcomes for the men who have received services offered at the Christian non-profit organization according to Rev. David Foster with the Bladen Baptist Association.

The rehab facility provides, “Help and Hope Over Addiction for Men.” However, the needs are more than the non-profit can accommodate. More beds are needed.

“We have someone coming tomorrow and all our beds are full, so he will be sleeping on the couch,” Rev. Kincy Barrow said.

Barrow announced there will be a Gospel Music Celebration held on Saturday, September 28, 2019 at Elizabethtown Middle School starting at 6:00 p.m. The celebration will be featuring “the eight time award winner, Brian Free & Assurance.” Also providing entertainment will be The Lumber River Quartet and Cedron’s Bridge.

Ticket prices are $25, $15 and $10 and may be purchased online by clicking here, or at the Bladen Baptist Association, Bladen Office Supply, or at Elizabethtown Healthcare & Rehabilitation. 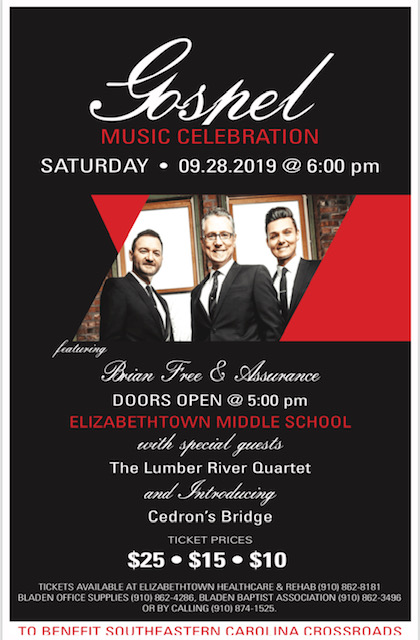