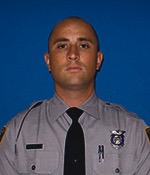 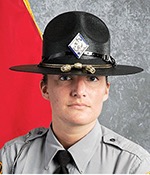 “This ceremony provides an opportunity to highlight the unwavering commitment demonstrated by our members both sworn and civilian,” said Colonel Bill Grey, commander of the State Highway Patrol. “I am proud that our members display such unselfish service to the citizens of our great state.”

The Highway Patrol Award of Valor is given to a member who has demonstrated outstanding judgment, courage, personal bravery, and a selfless act of heroism involving risk of life to prevent injury, loss of life, or prevent damage to or loss of property.

The Highway Patrol Meritorious Service Award is given by the Patrol to a member or members who serve the state of North Carolina in an outstanding manner.

The Highway Patrol Samaritan Award is an award bestowed to a member of the Patrol who went beyond the call of duty to aid or assist a fellow citizen.

The Highway Patrol Humanitarian Service Award is presented in recognition for an employee’s outstanding volunteer public service that significantly contributes to individuals, groups, organizations, or communities in North Carolina.