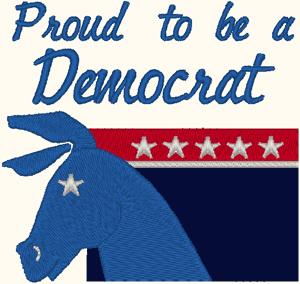 Statement from Bladen County Democratic Party about “The Improvement Association”

May 3, 2021- As Democrats and residents of Bladen County, we listened with interest to the five chapters of “The Improvement Association”. After several years of media attention due to the election fraud perpetuated in the 2018 U.S. Congressional campaign of Republican Mark Harris, we were anxious to hear the findings of nationally acclaimed investigative journalist Zoe Chance.
While the series did not focus on the actions of McCrae Dowless and the resulting indictments of Mr. Dowless and nearly a dozen of his associates as we expected, it was nonetheless a well-researched and thoughtful analysis of other allegations of election fraud in Bladen County over the past decade and beyond.

The Bladen County Improvement Association has been widely accused of wrongdoing in elections in Bladen County for many years. These allegations have spread despite the fact that no evidence of wrongdoing has ever been provided or substantiated despite years of investigations of the accusations and rumors. Zoe Chance met with several local members of the Republican Party who alleged wrongdoing by the BCIA. She then set about substantiating their claims by following every lead they gave her and investigating every story they told her.

The information presented in the series was well documented and fact checked multiple times by staff members at both the New York Times and National Public Radio. None of the accusations made by local Republicans could be verified, but many of them were shown to be false and nothing more than gossip and rumors.

Zoe Chace came to Bladen County by invitation from the BCIA, who challenged her to find evidence of any wrongdoing on their part. They knew that she had the skills and the resources that would find the truth without any local influence swaying her reporting in either direction, and that is exactly what happened.

If you do, we believe you will reach the same conclusion that we have- that Zoe Chace completed a thorough investigation that came to the same conclusion that several other investigators reached over the past ten years, and that is that Bladen County Improvement Association has been maligned and falsely accused by a group of people for their own political gain. Unfortunately, we see no end to the false narrative promoted by those people who were anxious to spread their falsehoods by sharing them with a national reporter. Any attempt to discredit Zoe Chace is a disgraceful ploy to distract attention from the upcoming trial of McCrae Dowless and his associates, both his indicted and those behind the scene of his alleged crimes.

We have reason to hope that once those trials are completed, Zoe Chace will be doing another series to shine the light of truth on those who are truly guilty of election wrongdoing in Bladen County. We look forward to that day.

The Bladen County Democratic Party has long had a close relationship with the Bladen County Improvement Association, and we celebrate the public exoneration that this investigative series has provided for the association and its members. We know that the BCIA can and will heal from its current difficulties and will continue to be a strong advocate for voting rights and political power for people of all races in our county.