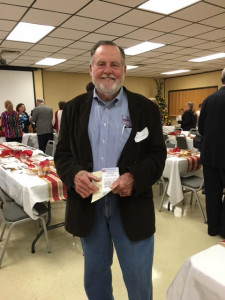 “The lack or ability or willingness over the last decade to stop bad behavior in this area of the state – behavior many of us Bladen County citizens are just now beginning to understand – has led to election chaos, the potential of 280,000 legal votes not being counted, and the character assignation of almost anybody who lives in our rugged, tough, and proud county.

“The consequences of the failure of the appointed members of the Board of Elections, prosecutors, and law enforcement will have a negative effect on economic development in Bladen County for decades to come. Voters in the area will feel this Congressional election was stolen no matter the outcome. This debacle has painted the good people of Bladen County as unable to engage in voting process that align with normal, responsible civic behavior.

“For years henceforth, when people think of Bladen County, they won’t think of the events at White Lake or the Ammon Blueberry Festival. Instead, the court of public opinion will unjustly conclude the hard-working people of this region are too stupid to vote. This is unfair and untrue.

“Why did current NCSBE Chair Joshua Malcolm dismiss a complaint filed in 2016 by the NCGOP on these very same ballot harvesting issues in Bladen County? Why did the Board not release this information to the public and the media when it could have done some good to protect our 2018 elections?

“Had the board taken an aggressive public stance, held press conferences demanding criminal prosecutions, released the information they had both to warn the public and shame prosecutors into taking action, people’s behavior would have been altered.

“Short on poll workers to hand out election day materials, it was suggested McCrae Dowless could assist the county party in covering polling places we could not.

“I authorized a $1300 check to McCrae on election day for him to provide a significant number of poll workers, which he did. This had nothing to do with absentee ballot GOTV and was a perfectly legal, proper transaction that has already been disclosed to the NCSBE prior to the required reporting date.

“However, I never would have done this had I known what the State Board of Elections already knew.”

“The definition of failure is the State Board of Elections, investigating these matters for the last decade, failing to stop them, and failing to properly warn the pubic to protect themselves. This disaster by the State of North Carolina has left a plethora of innocent victims in its wake, none more than here in Bladen County.”