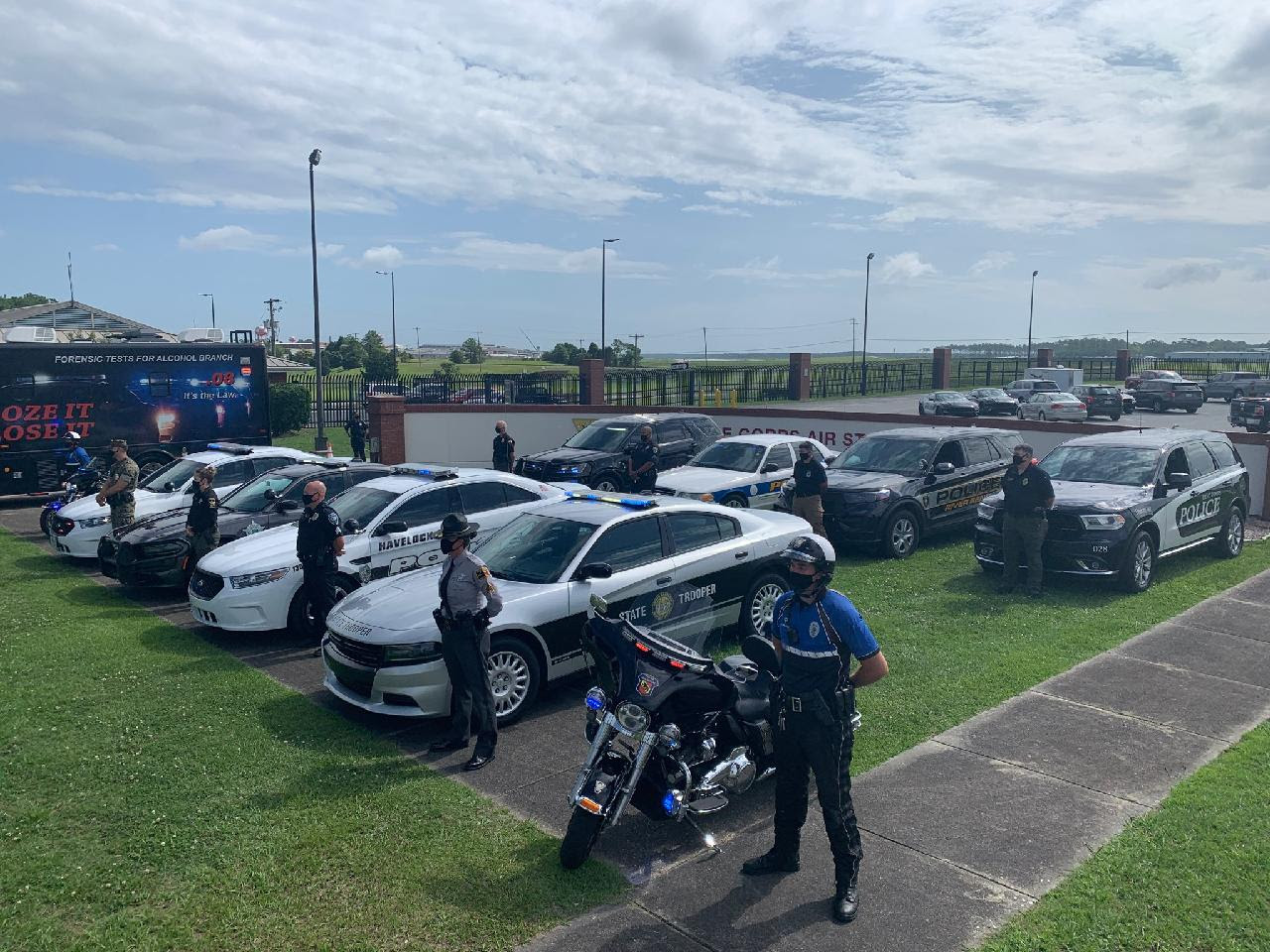 CHERRY POINT – The N.C. Governor’s Highway Safety Program has a new weapon in its arsenal in the war against impaired driving during the Independence Day holiday – window chalk.

“As a show of solidarity during the campaign, which runs today through July 5, drivers are being asked to write the message (hashtag) #KeysFreeNC in window chalk on their vehicles to help encourage fellow North Carolinians to leave the keys behind if they are going to be drinking,” said NCGHSP director Mark Ezzell.

Drunk driving is historically high during the week leading up the Fourth of July, though previous community efforts are making an impact.

Last July 1-7, for instance, North Carolina experienced an 11 percent decrease in fatalities from the year prior.

As part of the campaign, teams of MCASCP military, law enforcement, firefighters and first responders used roadside message boards to encourage safe, sober driving. More than 500 law enforcement agencies around the state are also increasing their presence this week and sharing these simple messages throughout their communities and online:

This year, amidst COVID-19, it’s unclear if impaired driving over the holiday weekend will plague our roadways.

But what is clear is that leaders statewide are concerned about the implications impaired driving will have on our state, particularly this upcoming holiday.

Published in Lifestyles, News and Regionals