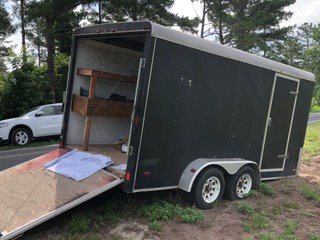 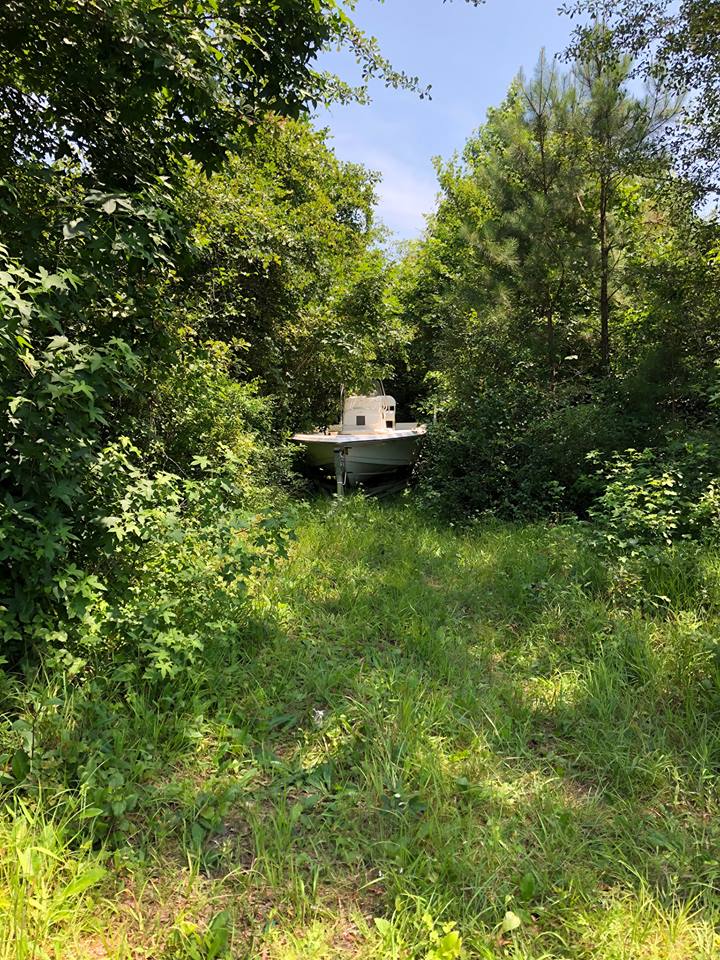 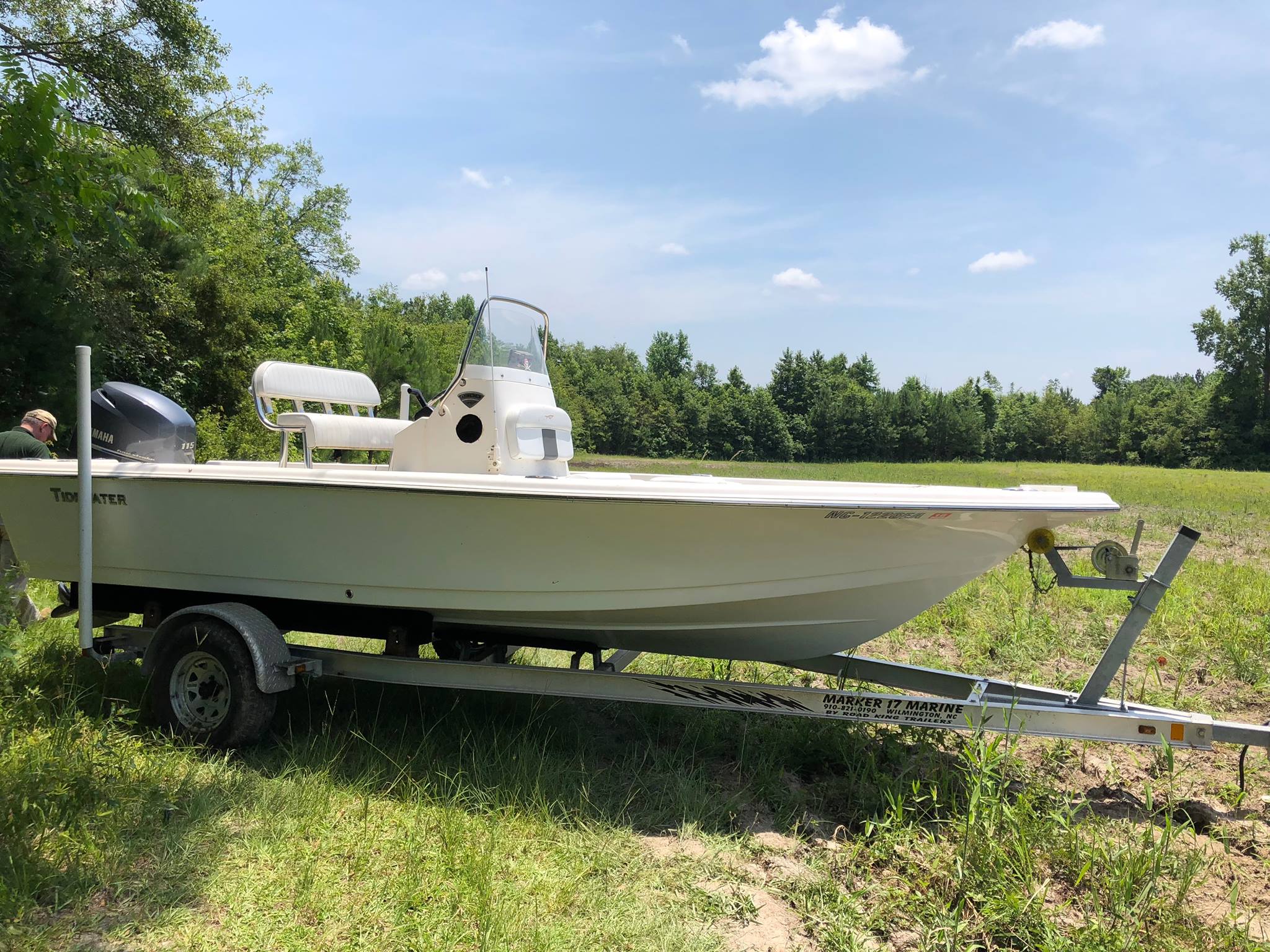 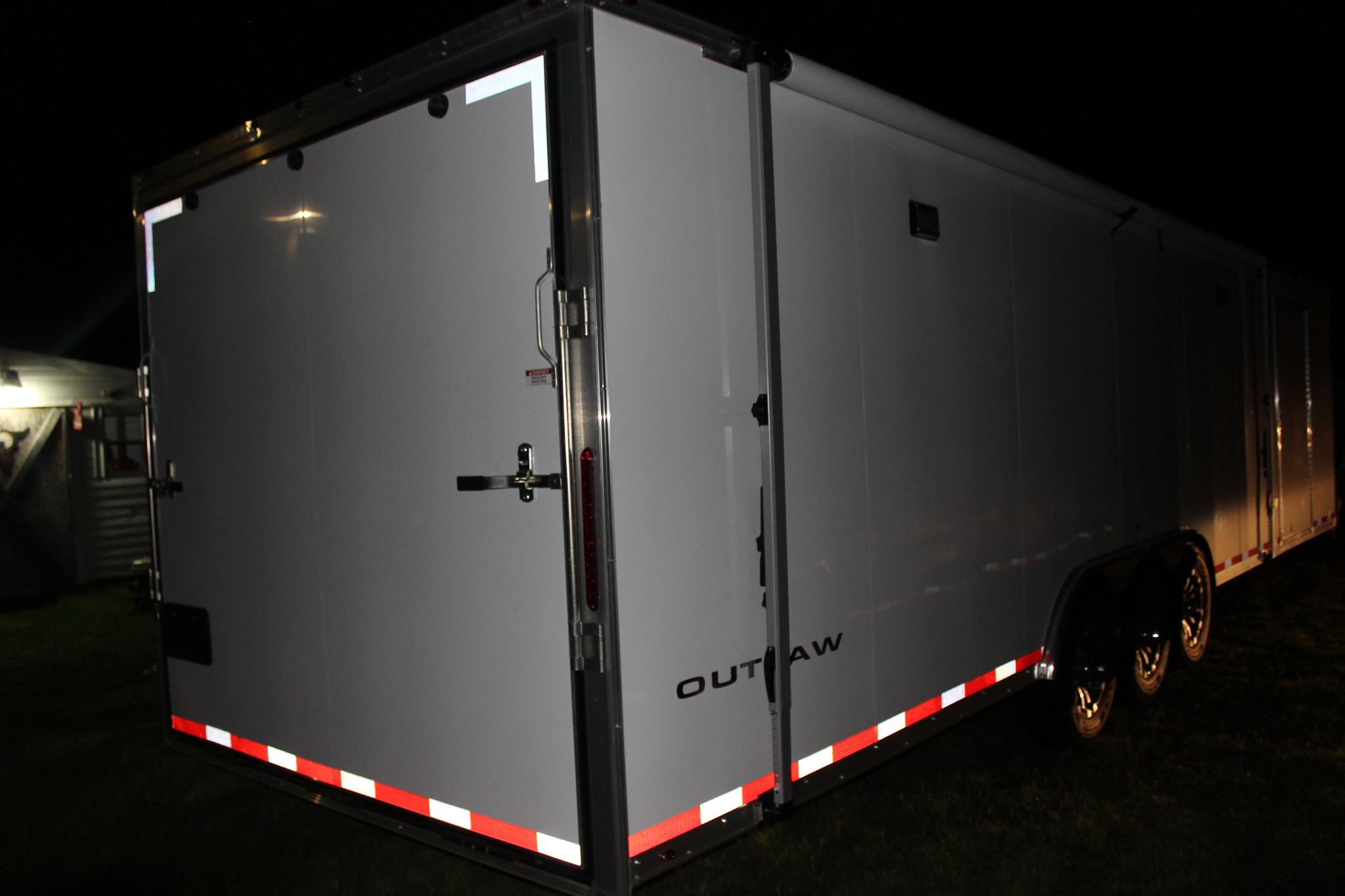 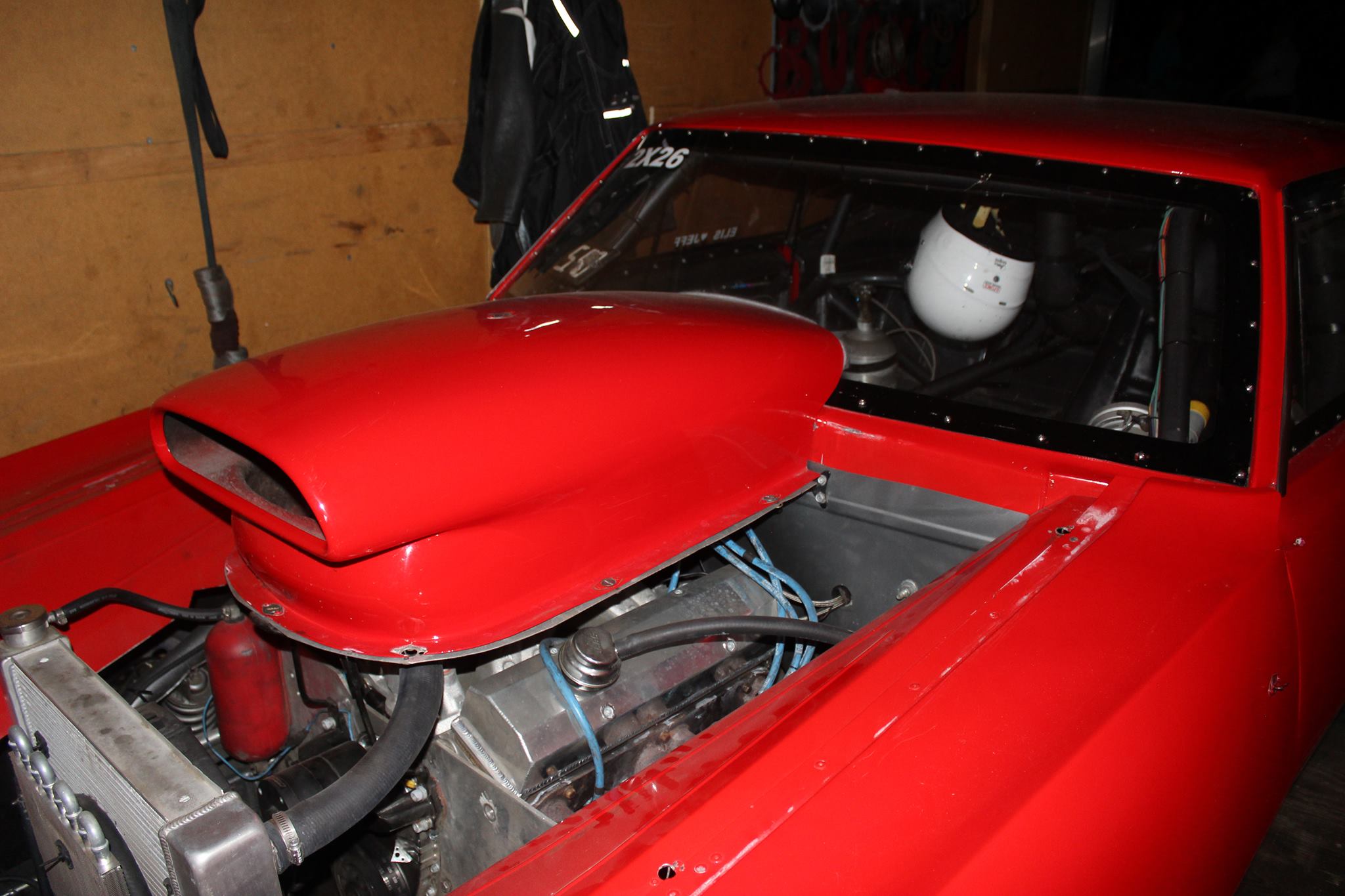 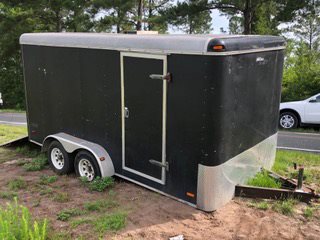 On June 20, 2018, Jeffery Lee Allen of Chadbourn discovered that his white 32 feet long, enclosed trailer had been stolen from his property while he was asleep.  Mr. Allen secured his 1968 Chevrolet Camaro race car, along with a generator, racing fuel, and other miscellaneous items inside of the enclosed trailer.  After contacting law enforcement, Mr. Allen posted pictures of his stolen property on social media.  Mr. Allen received a tip in reference to the location of his stolen property.  Mr. Allen immediately contacted the Columbus County Sheriff’s Office.  Columbus County Sheriff’s Office Criminal Investigators began investigating the tip.  The Columbus County Sheriff’s Office contacted Chadbourn Police Department to assist with the investigation.  The Chadbourn Police Department gathered evidence from their jurisdiction that assisted CCSO with locating the stolen property.  At approximately 1:30 a.m., on June 21st, CCSO Investigators located the stolen trailer and race car at a residence in Red Springs in Robeson County.  Mr. Allen’s race car was concealed in another enclosed trailer on the property.  All of Mr. Allen’s property was recovered except for a leaf blower, a memorabilia photo, and three tanks of racing fuel.  The trailer and the race car were not damaged during the incident.  The Robeson County Sheriff’s Office assisted with the recovery of Mr. Allen’s property.  All property has been returned to Mr. Allen.  Charges are pending in this case.

“I would like to thank Sheriff Sealey and Robeson County Sheriff’s Office, as well as Chief Spivey and Chadbourn Police Department for their assistance during this investigation,” said Sheriff Lewis Hatcher.

On June 18th, Mr. Santiago Marquez Hernandez of Wilmington discovered that his black 6’x12’ enclosed utility trailer was stolen from a residential construction site in Leland.  The trailer housed numerous power tools and assorted miscellaneous construction items like hardware and hand tools.  Mr. Hernandez reported the larceny of the trailer and tools to Leland Police Department.  On June 22nd, Columbus County Sheriff’s Office Deputies were performing routine  patrol on Macedonia Church Road in Evergreen, when they discovered a black utility trailer parked on the side of the road.  The trailer had two blown tires.  The trailer’s identification numbers had been removed.  CCSO Deputies and Investigators located a set of residential blue prints and a receipt for construction materials inside the trailer.  CCSO Investigators contacted the architect listed on the blue prints, gathering additional information from same.  CCSO Investigators also contacted the store listed on the receipt.  Their investigation revealed the identity of the trailer’s owner.  CCSO Investigators were able to make contact with the victim, Mr. Hernandez.  He identified his trailer and same was returned to him.