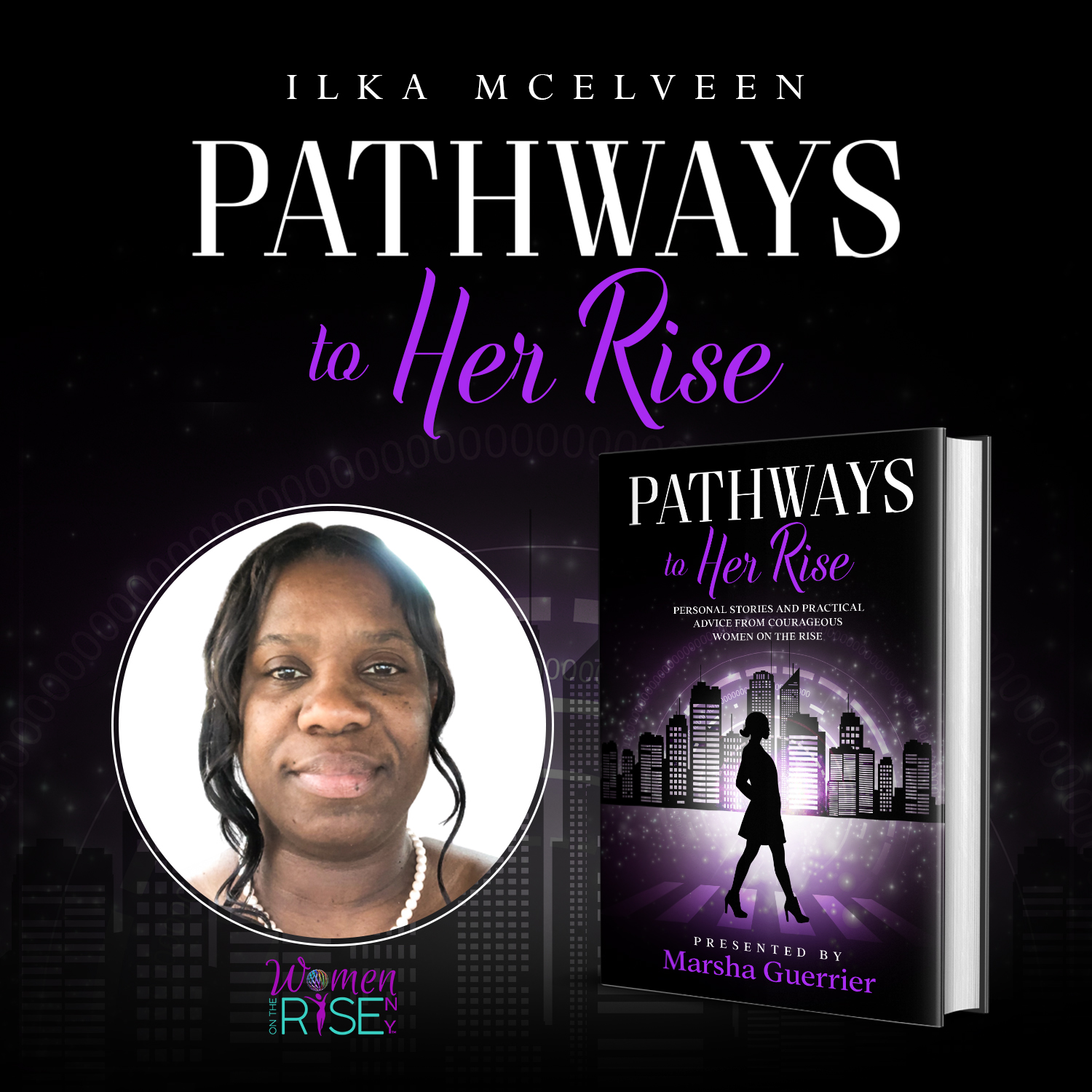 Succeeding Without Letting Challenges Get in the Way; Ten Women of Color Tell Their Stories

Pathways to Her Rise is presented through ten wonderful stories about each person’s ability to achieve their goals and overcome challenges and difficulties no matter how big they may seem.

The book Pathways to Her Rise is focused on women and seeks to provide them with that incentive and inspiration that leads them to pursue their dreams. However, the book is open to all public, and it is expected that the stories written there can leave something enriching and positive to whoever reads it.

One of the book’s Co-Authors, Ilka McElveen, agreed to be interviewed by Bladen Online to introduce us a little more to this great project.

Ilka McElveen was born in Manhattan, New York, in 1969. When she was four years old, she moved to North Carolina and was raised by her inspiration today, her grandmother, Esther Huntley. Ilka was interested in literature and language from a very young age, as demonstrated in her passion for writing poems and reading; it has always been within her interests to read. Ilka married at 19. In 2012 she obtained a master’s degree in agriculture education online, and in 2014 she was certified by OSHA, recognitions that opened the way to travel and pleasant experiences. Even so, Ilka was looking for something more, and it was her passion, writing.

The book-building process consisted of the efforts of author Marsha Guerrier and Co-Authors Gretchen Campbell, Sundrae Miller, Ilka Huntley McElveen, Dr. Jennifer Pierre, Azra Khalfan-Kermali, Dr. Shelley Cooper, Sheena Parker, Dr. Erika D. Tate, and Liana Robinson. A few weeks before the book’s publication, the writers met for the first time through a zoom call. Ilka tells us how meeting virtually, instead of in person, to gather these beautiful stories was comfortable for her, as it gave her her own space for reflection and to think about her life events and traits that deserve to be shared. These remarkable women’s efforts guided the chapters to turn it into a fantastic book finally. The book’s purpose, being composed of different cases, challenges, and lifestyles, is to inspire, encourage and empower women to follow their dreams, achieve their ideals, and stay on top of their goals.

Ilka was motivated by the unconditional support, love, and teachings of her grandmother, Esther. In her chapter of the book, she remembers the incredible bond that united them; unfortunately, Esther passed away in January of this year, but she did not do it in vain. Not only for her family but for the lives of many people, Esther Huntley left a mark in every act of dedication and kindness.

Esther was born in 1921, in a period of racial segregation, which she had to face many times, sometimes being threatened. Despite that, she was the first in the family to go to college. She became the first female city councilwoman for Bladen County. She is remembered for her people’s gift and her many excellent qualities. Esther was a purposeful, determined, motivated, and persistent risk-taker and role model to her granddaughter. Without a doubt, this woman was not just another spectator. As her granddaughter Ilka describes it, Esther believed in people, and in the strength they possessed, she supported them. She was not an easy person to persuade. She believed in what was right for her and took the consequences.

In addition to being a writer, worker, dream-maker, and professional, Ilka McElveen is a very proud granddaughter, daughter, and wife. She performs one of the most outstanding and most difficult tasks for human beings, to be a mother. Ilka has seven children she loves with all her heart and has dedicated a large part of her life to, as well as an eighth child, in the shape of an angel who, next to Ilka’s grandmother, guides her from heaven and strengthens her through every challenge she faces.

When Ilka studied for her master’s degree, she already had six children to take care of at home. During her chapter production, she had to take care of her son after his back surgery. For Ilka, it has been a great challenge; Working, studying, and raising a family is not an easy task, but she has achieved it, and she aspires to empower other people with her story so that they believe that, yes, it is possible! Yes, there are opportunities, but people have to consider that the road is not easy; there are falls, there are rises, good days, and bad days. Still, the important thing is to move on, be motivated and stop looking for excuses, “There’s no room for excuses,” you have to continue with what you are passionate about without leaving anything, or anyone will take away the strength and energy to achieve it.

“When you have a vision, no one else is going to have that love or passion for your vision because it is yours-let people know what you expect so your vision can be carried out” – Ilka McElveen.

In Ilka’s words, “I can Write” was the biggest lesson that this process left, doing what she likes, motivating herself to experiment and venture to continue working and, more importantly, to continue writing. It is for sure that Ilka is determined to fulfill her dreams, thanking her husband’s and children’s support, taking calmly from day to day, and taking into account that unexpected things will happen, but that she will have the strength to move on and succeed.

Purchase the Pathways to Her Rise book from Ilka today!