The N.C. Wildlife Resources Commission has released its final versions of seven game land management plans, including for Suggs Mill Pond, the 11,000-acre game land in Bladen and Cumberland counties. 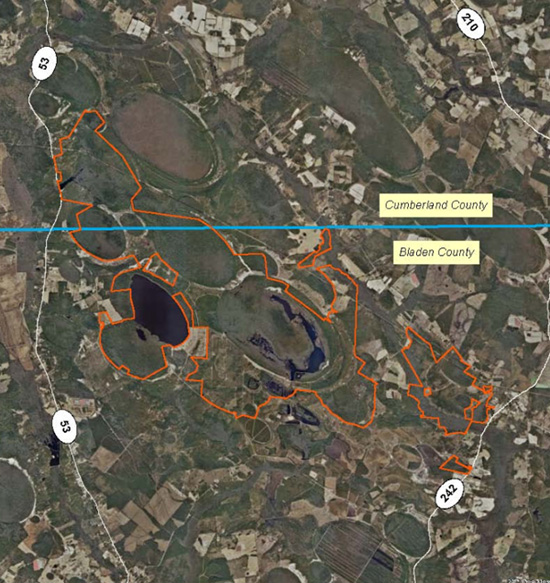 The Commission developed the plans to provide a management framework for these public lands that balances science-based conservation practices with public access and usage. The Commission solicited input at local meetings and online to provide opportunities to the public to comment on game lands management.

State ownership of Suggs Mill Pond dates back to 1994 when 62 acres was donated to the Wildlife Resources Commission. Suggs Mill Pond is managed for primary users which include hunters, trappers, anglers, and wildlife viewers. Some of the property’s signature species include white-tailed deer, black bear, eastern wild turkey, and a variety of waterfowl species. Being one of four game lands enrolled in the Commission’s CURE program, Suggs Mill Pond has been managed with a focus on early successional habitat.

The management plan shows the following measures of success for Suggs Mill Pond:

** Wildlife and fish inventories surveys indicate that a wide variety of species are present at sustained levels and are properly managed on the game land.

** Surveys and inventories of target sport fish and game species indicate that population levels of these species are being managed at sustained levels.

** Inventories and surveys indicate that populations of endangered, threatened, and rare species found on the game land are being maintained or restored.

** Efforts are made to monitor and provide information from the Green Growth Toolbox to planners for long range transportation planning and local land use planning that may affect habitat quality and the ability to manage habitats on the game land.

To read plans for the seven game lands managed by the N.C. Wildlife Resources Commission, go to http://www.ncwildlife.org/Hunting/WheretoHunt/PublicPlaces/GameLandPlans.aspx