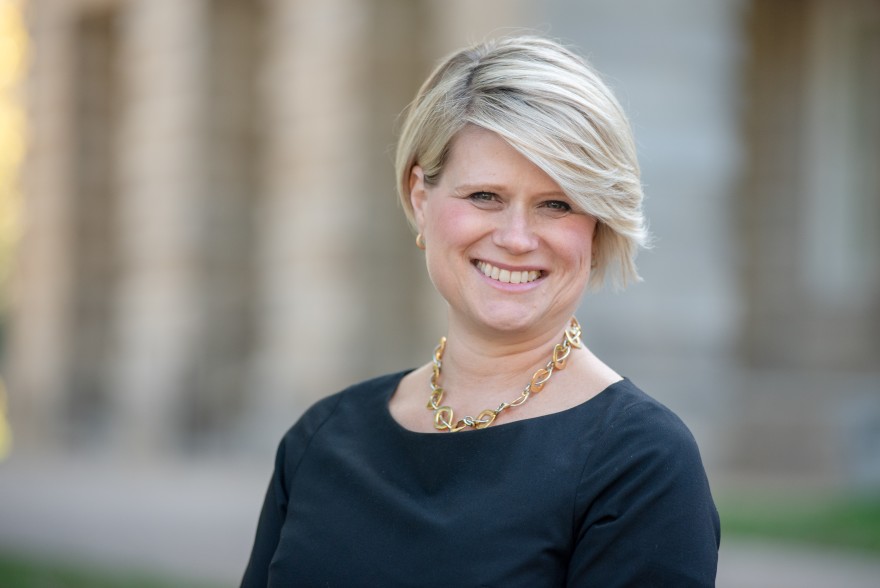 The above photo is of Superintendent of Public Instruction Catherine Truitt.

Wallace was 2018 Wells Fargo Principal of the Year and served as principal of West Craven High School in Vanceboro. His journey in education began when he earned a position on East Carolina University’s football team as a walk-on player. There he obtained his bachelor’s and three master’s degrees, and he continues to work towards his doctorate.

Wallace began teaching high school in 1999, as well as coaching high school football. In 2003, he began his first assistant principal position, and by 2008 earned his first principalship. Leadership is one of his strongest attributes, and he’s been referred to as the “drum major” of the education field, highlighting his ability to bring people together to achieve greatness.

Superintendent Truitt looks forward to having Wallace on her team and knows the leadership he brings will be pivotal in his work with principals. In his new role, Wallace will engage with principals across the state in an effort to bring their voices to the department and ultimately to lawmakers.

“Tabari is an incredible person who has earned the respect of the education community around North Carolina. His energy, passion, and dedication are evident in how he leads within his school and community. He is a trusted voice and friend to educators, principals, and students alike, and we look forward to the experience he will bring to the Department of Public Instruction.”

Wallace is also known for his creativity and tenacity. When seniors at West Craven High School were unable to have a graduation ceremony due to COVID-19, Wallace and his staff traveled 485 miles to deliver yard signs and personal congratulations to seniors – an effort that went viral on social media and caught the attention of Ellen DeGeneres.

Throughout his tenure, Wallace has held several notable positions. He currently serves as a N.C. Human Capital Roundtable member and the Professional Educator Preparation & Standards Commission, which he was appointed to by House Speaker Tim Moore.

Wallace was also appointed by Gov. Roy Cooper to the Craven Community College Board of Trustees, and in the past has served as a member of the Public School Forum of NC, an SBE Equity Goal team member, the NC Teacher Support Program Board, the Principal Standards Commission, Teaching Fellows Commission, New Bern Redevelopment Commission Board, and was NASSP National Principal of the Year Candidate.