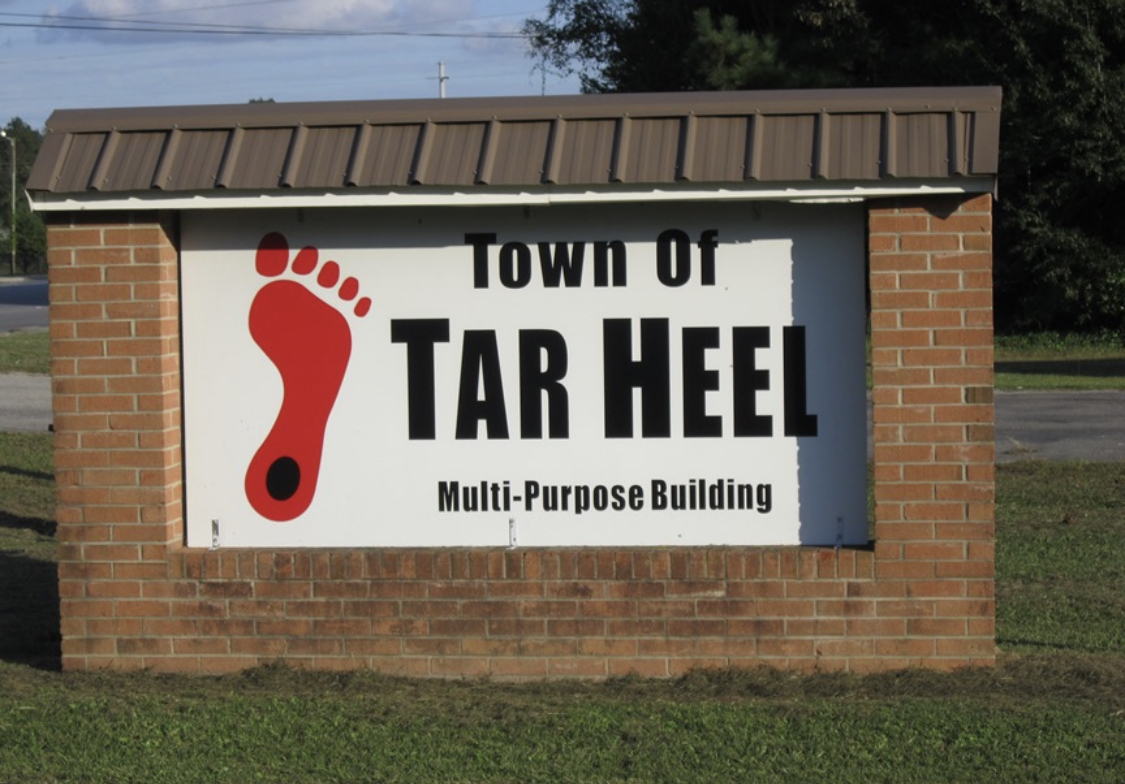 With Councilmember Angie Hall excused absent, the rest of the Tar Heel Council met at 6 pm Tuesday, March 2nd at the Town Community Building. Mayor Sam Allen opened the meeting by leading the recitation of the Pledge of Allegiance, and providing the invocation.

The Consent Agenda was quickly dispensed with, and there was no Old Business to attend to. Mayor Allen then turned the floor over to Councilmember Mike Underwood for a detailed briefing regarding current ongoing difficulties, and more importantly, where the Town sees itself developmentally in the next several years.

Immediate ongoing difficulties the Town is facing include various traffic control problems before even considering speed control issues on NC Highway87 that NCDOT has not satisfactorily addressed.

The major concerns on local streets consist of speeding through residential neighborhoods; a lack of adequate directional and informational signage; and, old, unreadable, worn out street name signs.

Alternative solutions were discussed by the Board, including seeking assistance from the Sheriff’s Office for enhanced enforcement and County Emergency Services for signage, as well as Tar Heel itself acquiring and erecting such signs as “No Thru Trucks,” “No Parking Any Time,” and others as the need arises.

Also a concern, especially with the Tar Heel Volunteer Fire Department, is both a lack of fire hydrants and inadequate water pressure for firefighting purposes in the immediate area. It was decided that the Town and the Chief of the VFD would together make contact with the County Water System to seek a solution.

Looking to the future vitality of the Town, various topics were discussed at length, including enacting planning and zoning regulations, seeking extraterritorial jurisdiction (ETJ) authority to rein in uncontrolled growth in the unincorporated properties surrounding the Town, and even the possibility of annexation.

Thanks however to Fayetteville’s failed Gates 4 proceedings, an involuntary annexation is no longer an option. The Mayor will contact the Lumber River Council of Governments for direction and assistance on these matters.

Mayor Allen reminded the Council that the next Board meeting will be Tuesday, April 6th. There being no other matters of interest, the meeting was adjourned at 7:02 pm.

Tags: Tar Heel Gets Proactive in Preparing for Its Future