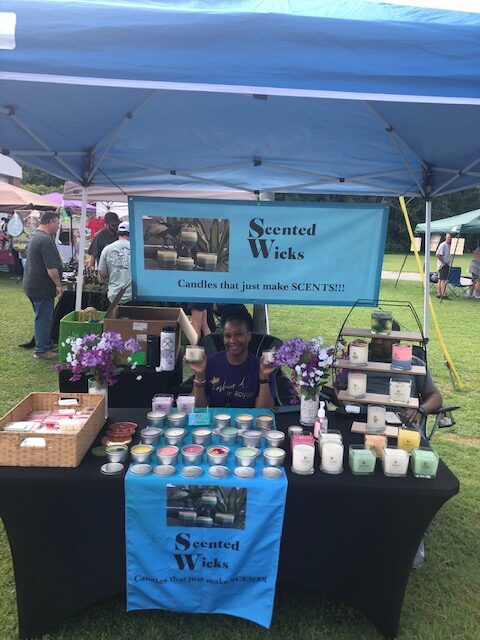 Everyone knows how cantankerous Mother Nature can be: often a party-pooping spoilsport. But after assuring Accuweather that it would be raining this Saturday in Tar Heel, NC, she must have taken the weekend off.

With a large break in the surrounding cloud cover, the sun shined down on the tiny burg on Highway NC 87 as the First Tar Heel Annual Craft Fair took off at 8 a.m. Saturday the 26th.

Upon arriving a couple of hours into the event, this OCD-inclined reporter counted 20 cars in the Tar Heel Primary School parking lot; on a quick count, it looked like some 45 browsers had already arrived.

Forty-two vendors were hawking a myriad of items outside while a silent auction of vendor-donated items took place inside Town Hall. 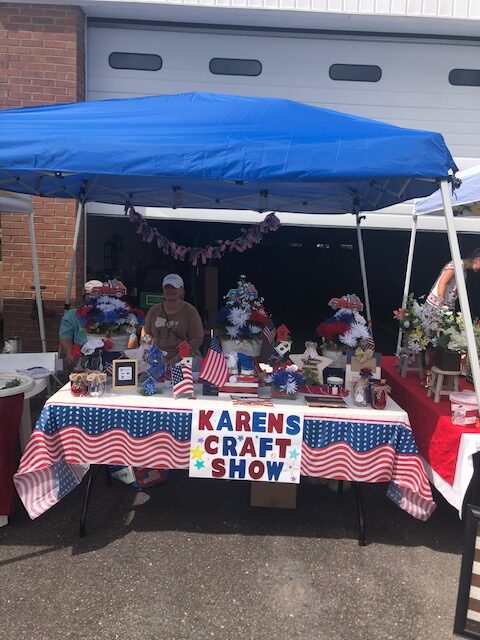 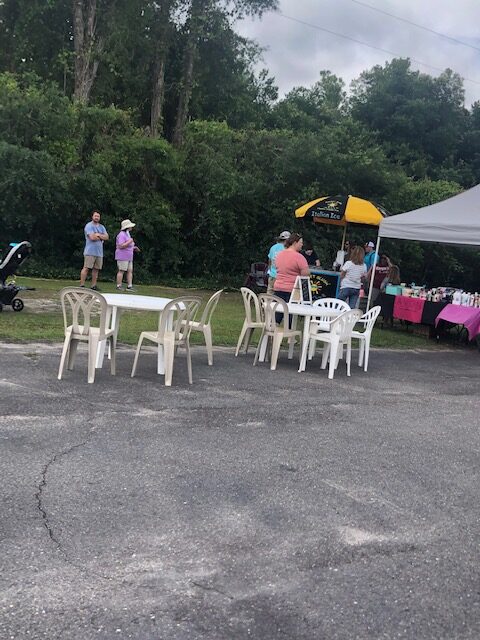 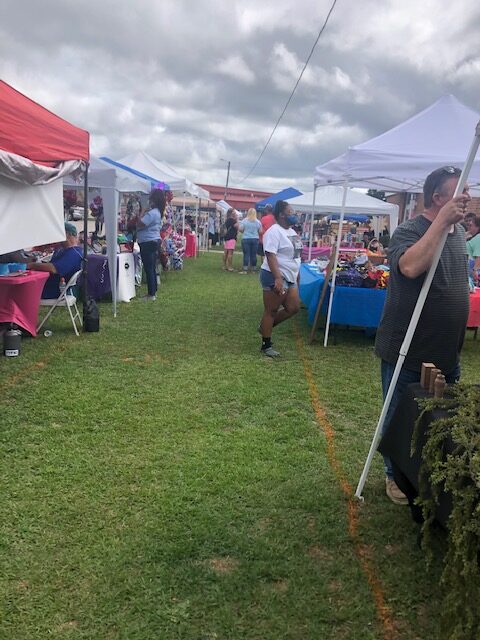 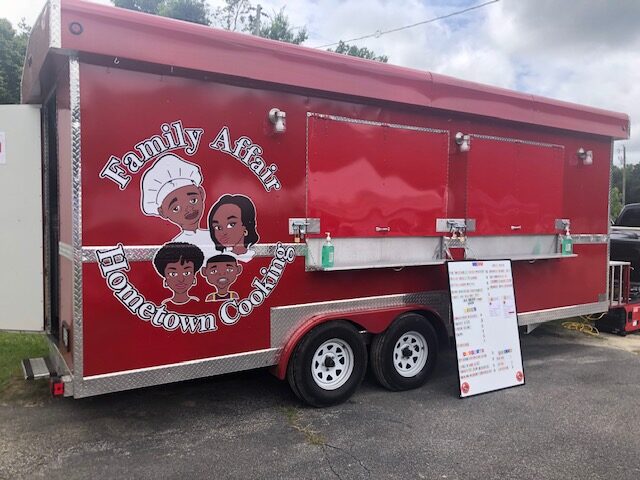 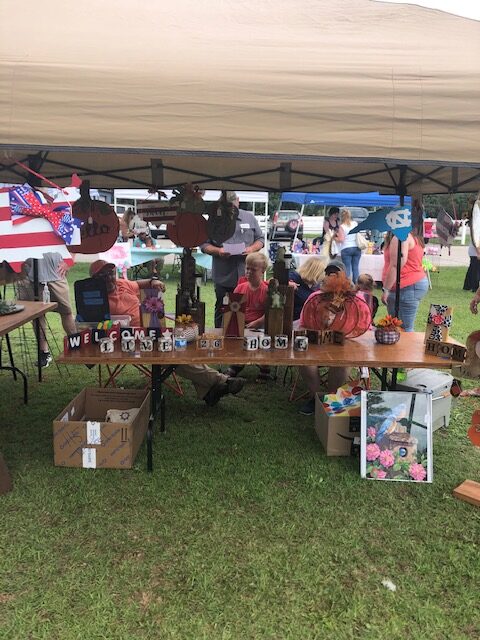 Without making an exhaustive list of items for sale, one vendor was selling sundresses, while several booths were selling homemade jewelry. Other booths offered wooden carvings and plaques and even painted wooden U.S. flags.

There were plenty of door wreaths, including one vendor selling silk wreaths. One booth sold homemade crocheted items, while another sold throw cushions and coverlets. One booth was selling hand creams.

And for the younger browsers, there were booths selling both homemade and store-bought toys.

There was also plenty of food: From slushies to home-baked cookies of all kinds; from BBQs to soda fountains, no one went hungry or thirsty. And what was remarkable was that people were actually depositing their trash into the provided trash cans, not the ground.

And there was entertainment as well – a live singer/guitarist who provided taped music when he took breaks.

On leaving the event at noonish, this reporter again donned his OCD specs and counted 57 cars in the school parking lot, confirming to what looked roughly to be 125 Fair-goers.

In fact… and don’t tell Dublin Mayor Darryl Dowless, but half of his town staff was spied at the event.

From viewing the crowds coming and going, this reporter projected the entire Craft Fair generated some 500 browsers throughout the day.

Although true success will be judged by how well the vendors faired this year and how many will be back next year, this inaugural event seemed to be a very successful endeavor.