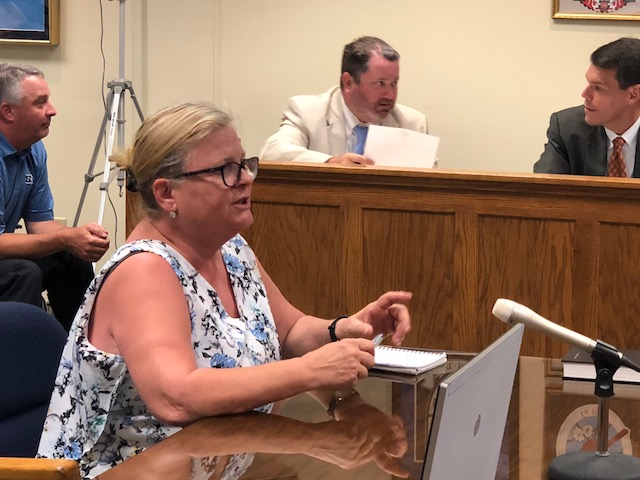 Teacher pleas with Commissioners for funding to keep teachers’ jobs 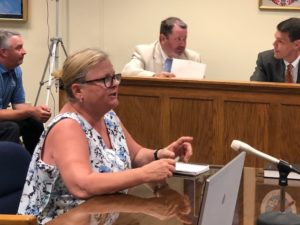 The Bladen County Board of Commissioners met on Monday night and heard a request from Cynthia Chisholm, a teacher at Bladen Lakes School, for more funding for teachers’ positions.

Chisholm reminded the Commissioners that the Board of Education has closed Booker T. Washington School and seven teachers have been riffed as a result of the closing.

“Those people did not know they were going to be let go. They knew (they were being let go) with four days left to school,” said Chisholm.

She said the teachers affected were new teachers and they brought a lot of new ideas to their respective classrooms. Chisholm said the group appeared before the Board of Education last week when the decision was made to let the seven teachers go.

“The Chair (of the Board of Education) said to us that there were two possible options to help fund the return of these teachers. One was going to the Board of Commissioners and asking you to allocate $378,000 towards funding these seven positions or authorizing the school board to move funds from the capital outlay to the personnel budget,” said Chisholm.

She requested the Commissioners consider the options for the sake of the seven teachers who are faced with loosing their jobs.

County Commissioner Chairman Ray Britt asked County Manager Greg Martin to explain the process for funding the schools to those present at the meeting. 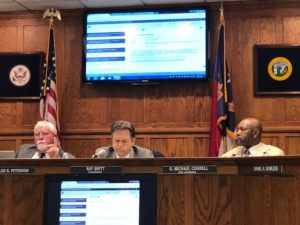 “That decision has been made and it includes an additional $251,000 plus an additional  $134,000 in increased dollars over this year’s budget,” said Martin.

Martin added that how the funds are allocated within the school system is a decision made by the Board of Education.

“I was just led to believe that they needed authorization from you,” said Chisholm.

Bladen County Schools Finance Director Sharon Penny, who was present at the meeting, said that any expenditure of capital outlay has to meet certain criteria and the Board of Commissioners must approve it. She said it can only be done for an unforeseen expense.

Commissioner Charles Ray Peterson said he had received Chisholm’s email and attempted to reach out to her. He told Chisholm there are two reasons the seven teachers were riffed. Commissioner Peterson said the first issue was the consolidation of the schools and the second is a reduction in funding for education from the State.

Commissioner Peterson said, “We’re doing all we can for the school system.”

He added the school system is projected to lose more students next year to charter schools.