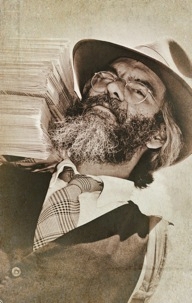 I was running a few minutes behind – which is to say, I could still make the morning’s tasks on time, if everything else went according to schedule.

The rains of the previous days had cleared, and the morning was sunshiny and even threatening to be of a moderate temperature. The livestock had behaved themselves at breakfast. The Suburban fired up and rumbled happily, and walking out, I was even able to miss most of the mud that had caused me to park in the yard.

Then there was the sound of spinning tires and flying muck. The rear end of the truck sank so low that even the four-wheel-drive was a joke. I had a sneaking suspicion that my schedule had suddenly changed.

As the four-wheel-drive-selector flashed in indecision, I felt the wheels digging deeper and deeper. Then I realized what the problem was – it was February.

There are a few good things I can say about the shortest month of the year – some of my closest friends and dearest kin have birthdays this month. There is Valentine’s Day, which I actually enjoy to some extent.

But overall, were the pluses and minuses of the month to be ladled out on a balancing scale, the minuses would not only outweigh the pluses, but likely would flip that side of the scale up and give me a black eye.

February, I loathe you.

I was able to call a friend, Matthew Wilson, for help the other day. He and his brother had me out of the mud in a little more than nothing flat, but it was still a challenging pull. The mud, like February, was slimy, clinging, suffocating, sick-smelling, and the color of a dark, infected soul. It gripped like the mythical spirits that dragged unfortunates from Charon’s boat and into the unpleasant Netherworld.

Another thing I dislike about February: it forces me into awkward, mawkish, melodramatic, overblown, overwritten and poorly-crafted descriptive sentences. I simply cannot find enough negative adjectives, adverbs, similes, metaphors, or other modifiers to adequately express the way I feel about this month.

February – you are pond scum from the lowest level of a sewage treatment pond where an unscrupulous contractor has poured toxic waste. Not good, honest life-giving pond scum that smells of spring and hope, but something that requires a hazmat suit and a flamethrower to clean.

I have related before how it was a February day when I lost my job, wrecked my truck twice, and was jilted by a girlfriend.

All in the same day.  A February day.

February is a spavined, sniveling, sin-inducing, sloppy, sickly, repugnant, revolting, rotten rice-cake of a month. February is the intestinal parasite found in the belly of a rabid coyote.

February is the irritating mouth-breathing relative that no one likes, no one wants to be around, never contributes a dish to the family reunion, always needs money, eats fish and onions for breakfast, and rarely showers

My Celtic ancestors called February a variety of things that we can print – the Month of Mud, or the Month of Cabbage, since there was little left in the vegetable larder by this time in the early Middle Ages and before. Cabbage. Of course it would be cabbage, since I am not a fan of boiled cabbage. Cole slaw, yes – but slaw requires a sense of industry that evaporates with the first dark, desultory, depressing, despondent, dispiriting, downpours of February that all too often turn into ice, but usually wash away any chance of a good, clean honest snowfall.

On top of that, February makes me use words like ‘desultory,’ which seems short one vowel. February, that’s just what you are – you’re several vowels short of a real word.

February, you are a slimy street punk in a polyester shirt and cheap shoes, with a dull dime-store knife, but you are somehow smart enough to stay just out of reach in this detective-novel noir metaphor which your cheap-cologne infuses the air around you with all the bitterness and gall a short month like you can produce.

February steals all the joy of winter, and replaces it with a noisome, noxious cloud of nastiness akin to three-week-old bananas left to rot in a Ford Pinto sitting on three flat tires and a cinder block beside a forgotten highway near the county dump.

February, you are the mold on the bottom of the beet pulp bucket frozen to the ground in a quarantine pasture.

As a hunter and trapper, the hides are worthless in February, and I am not a fan of hunting while some over-achieving rabbits and other species have dependent young. Yet the animals are busy, since it’s the Month of  Hungry Wolves, so named since in ancient times wolves were desperate enough to come into villages and eat people during February. It’s possible, I guess, that those poor victims were the lucky ones – they didn’t have to deal with February.

Yet soon, very soon, the daffodils and jonquils will peek out from the mud and muck and mire of the messiest month. I’m looking forward to seeing some of our resident birds rebuild nests left forgotten as they fled south. My animals will look like shaggy, unkempt rugs until we have a pretty day – often the second weekend of March – and can brush them all to a fare-thee-well.

I will be able to skin myself out of my beloved union suit, and opening the truck window will once again be an option, rather doing so to see past the February splattered across the windshield.

With the onset of Spring, or at least its promise in March, our hens will get broody and our rooster proud. The baby critter calls will begin, and while each litter or clutch comes from a tragedy of some kind, victory shines from each set of tiny eyes that opens for the first time as my wife patiently puts a bottle in place.

Fish will be civilized again in March. The first frogs will sing. The owls will serenade the night. The rabbits will dance in the moon. Old dogs will sigh and smile and sleep in the sun.

But that isn’t for another five or six years – well, a few weeks, anyway, but February’s misery makes me lose track of time.

February, you are my least favorite month – at least until August rolls around.

Tags: The foul frustrations of February