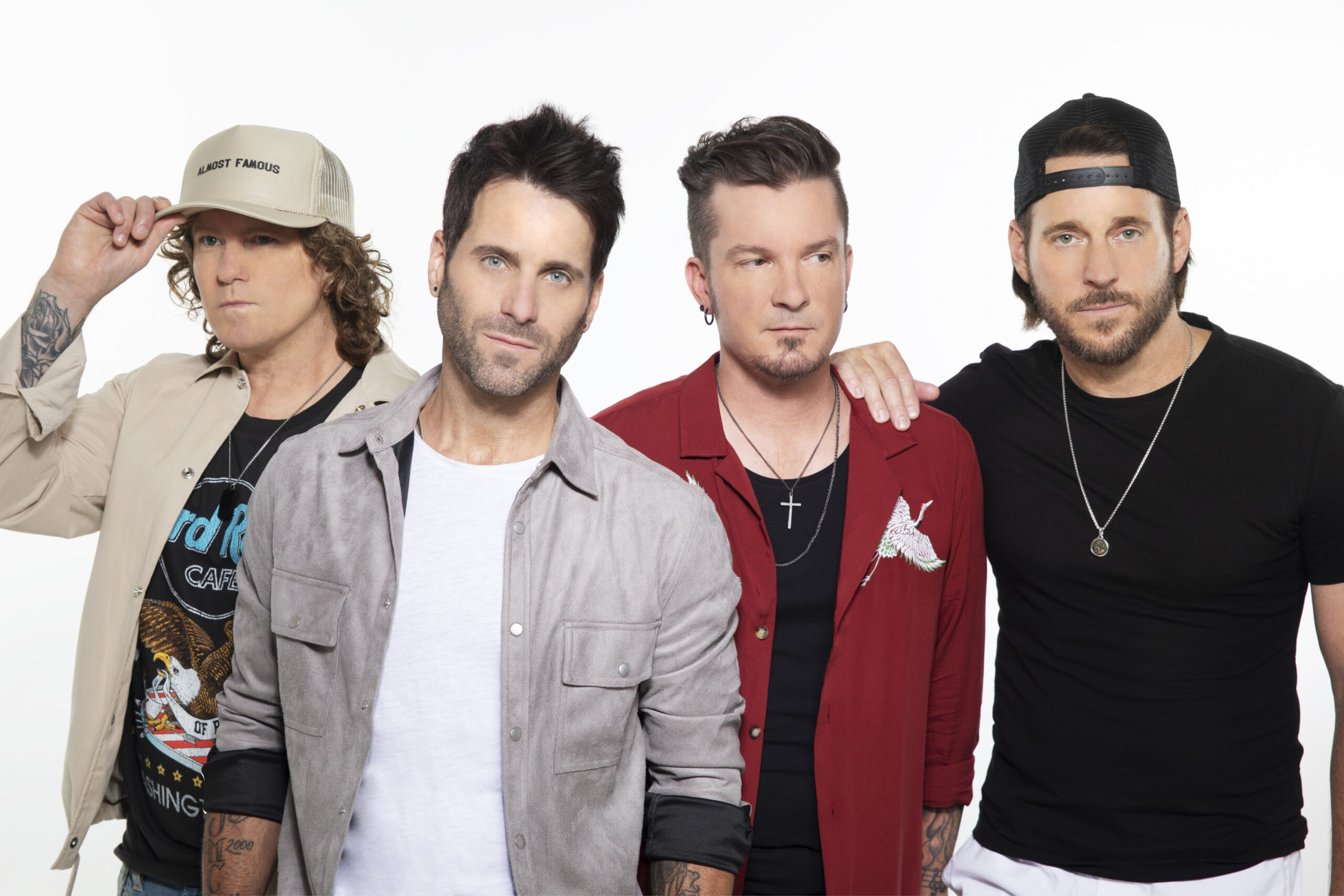 Spread the love
Featured in the photo above are country music stars Parmalee.
White Lake, NC – The Grand Regal at White Lake will host a free country concert on September 11th featuring country music megastar Parmalee.  The concert will benefit White Lake Police and Fire Departments.  The venue announced today three additional artists who will be in concert this weekend.
“After talking with our booking agents we decided to add some up and coming artists to the lineup to give our patrons exposure to some of Nashville’s rising stars, said Jake Womble, President & General Manager, The Grand Regal at Goldston’s Beach.
The Grand Regal has added an additional concert Friday night featuring the band Riggsbee Road.
Riggsbee Road is an all-female country/bluegrass band based in Raleigh, NC. Covering pop, country, and classic tunes with a big banjo sound and three-part vocal harmonies, this unique and powerful femme phenom will keep you singing to your favorites and on your feet all night long.
Saturday’s lineup will include Garrett Biggs, RT Johnson, and Parmalee. Garrett’s roots run deep into both Classic Rock and Country music, which definitely shows through in his music. Biggs was raised in the small town of Casey, IL where he lived before moving to Nashville, TN.  He has already shared the stage with some of Country music’s biggest stars including: Tanya Tucker, Bill Anderson, Aaron Tippin, Drew Baldridge, Josh Thompson, and Craig Wayne Boyd.
R.T. Johnson played at the Grand Regal’s Glass Bottom a few weeks ago and is returning by popular demand.  He is from a little town in eastern NC named Askewville. He got his start singing in church and eventually built his fanbase to become popular online and in venues across the U.S. This past weekend Johnson played with popular country artist John Michael Montgomery.
Country music stars Parmalee will be the headliner for the event which is a tribute to the area’s first responders.  While the concert will be free, The Grand Regal is requiring patrons to download a $5.00 entry ticket to benefit the White Lake Police and Fire Departments.  A limited number of tickets will be available.  Additionally, a $10 parking fee per car will be charged with a portion of the proceeds going to the departments as well.  No coolers, backpacks, or outside food and beverages will be allowed.  Food and beverages will be available on site.  The benefit concert is sponsored locally by HD3 Farms, Hilton Properties, and The Grand Regal.
Every person planning to enter the concert will need a paper ticket.  They can be obtained at:  www.thegrandregal.com
Tags: The Grand Regal at White Lake Adds Additional Artists to 9/11 Country Concert to Benefit Police & Fire