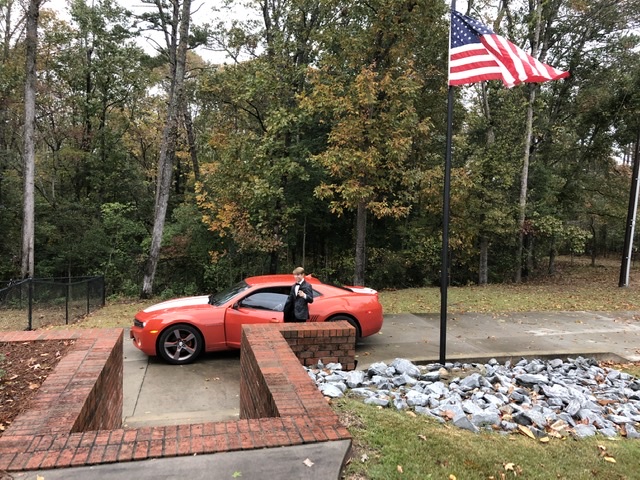 The last picture of my son; 7 tips to help prevent drowsy driving

This holiday season there will be a lot of parties and events for young and old to attend. Recently my family was taught some very good lessons about burning the candle at both ends.

The photo I’m sharing is of our oldest son, A.J. before he left to attend a winter formal dance. It very well could have been the last photo I took of him. On the way home after the dance, around half past midnight, he feel asleep at the wheel.

Research shows you cannot tell when sleep takes over the body, but the dangers of driving drowsy may quadruple a drivers chances of an accident happening. There were an estimated 72,000 crashes caused by drowsy driving in 2013 leading to 44,000 injuries and 800 deaths, according to the National Highway Traffic Administration. These numbers may be underestimated by as many as 6,000 deaths the agency admits.

In today’s society some tend to burn the candle at both ends. That is exactly what was happening in our situation.

My son had stayed up until 1 a.m. the night before the dance watching movies with a friend at our home.  Then the next morning, the day of the dance, he was up at 7 a.m. exercising. From 8 a.m. until 1 p.m. he was working. After work he went home and started preparing for the night’s events.

I took the photo of him just before he left around 5p.m. The forecast reported the weather would be cold and rainy. We warned A.J. about driving with caution and being careful.

His father and I were at our office working waiting on him to get back from the dance. After the dance ended at midnight, A.J. called to say he was on the way home and he asked if he could stay up late.

Never did I think about him being sleepy. I told him to be careful and we would see him soon. We started to wrap up our work and head home, when we received the dreaded call, A.J. had wrecked his car.

We were seconds from the scene, A.J. was hysterical. When we arrived we noticed he was unharmed. We thanked our Lord for answered prayers.

North Carolina Highway Patrol Officer, Trooper Walker arrived on the scene. The car was totaled. He gave A.J. a deserving, stern talk about the dangers of driving drowsy along with a ticket to pay.

As A.J.’s mother I felt responsible for the wreck as well. Why did I not think about him being sleepy? So, we learned some very valuable lessons.

Drowsy driving not only puts the driver in danger, but it also endangers the other motorists on the road. Here are 7 tips to help prevent a dreaded phone call due to drowsy driving.

We hope this lesson we received, also helps others realize the dangers of driving drowsy. We hope you all have a happy, safe and blessed holiday season.