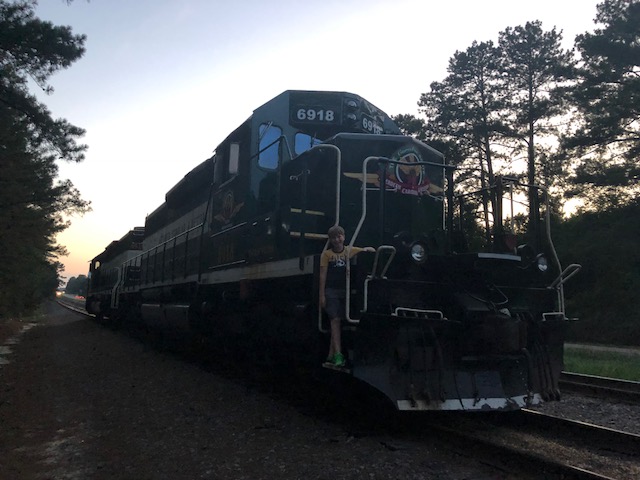 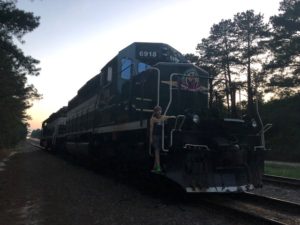 RALEIGH – The following are highlights from this week at the N.C. Department of Transportation. The stories below are also featured inNCDOT Now, the department’s weekly newscast.

NC By Train, the state’s passenger rail line that runs between Raleigh and Charlotte, operates daily and has seven additional stops in between. Now it is even more convenient to take the train with a new daily trip between the two cities.

This week, in addition to fully revised train schedules, a fourth daily trip began. The addition of Piedmont trains 77 and 78 gives passengers round trips every four hours.

Christening ceremonies were held in both Raleigh and Charlotte, which local and state officials attended.

To view schedules and on-board amenities, or purchase tickets visitNCByTrain.org.

Cleanup in western North Carolina is continuing after more than 20 inches of rain fell over some areas in the last two weeks. Rivers and creeks were pushed far beyond their banks in several counties, and NCDOT crews quickly worked to clear roadways of mudslides and debris, evaluate bridges for safety and clean ditches.

At one point, more than 60 roads were closed, including Interstate 40. However, after extensive cleanup measures, just a handful of roads remain inaccessible, and they should reopen in a few weeks.

The department wants to hear from people in North Carolina about which regional and local transportation projects they think should be top priorities over the next 10 years.

Through July 9, local meetings are being held across the state to gather public input that will be combined with data to determine which projects will get built, using a formula that makes up the State Transportation Initiative.

For more information or to find out when and where local meetings are taking place, click here.