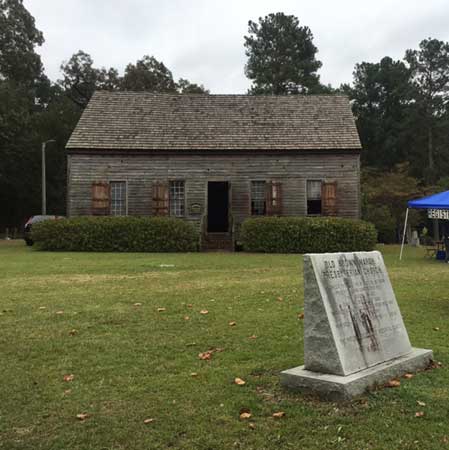 When people think of Black history they often think of politicians, judges, and educators. Many do not think of architects, engineers or craftsmen.

Thomas Sheridan, who lived from the period 1787 to 1864, was an emancipated carpenter who actively worked in Bladen County and is credited with building Brown Marsh Presbyterian Church in Clarkton in 1828.

A board that can be seen in the ceiling of the church displays a chalk signature that reads, “Thos. Sheridan,” followed by what many descried as a date. In 1834, the Presbyterians in Elizabethtown built what was deemed to be a more substantial church on land deeded to them by Thomas’ brother, Louis Sheridan.

It is uncertain if Thomas Sheridan also built the Presbyterain Church in Elizabethtown in 1834. There is no documentation as to who the carpenter may have been.

In 1851, Thomas Sheridan married Lucy Oxendine, a Native American, of Robeson County. He was listed in the 1860 census in Bladen County as a farmer with his wife and a daughter named Martha.

His was probated in 1864 and specified his carpentry tools to be sold to pay for his funeral and the lumber in his shop to be used to make his coffin.