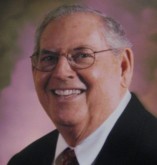 Full slate of NFL games today … including Panthers at Ravens…

A friend shared an article related to drop in enrollment at several North Carolina universities … UNC Greensboro projects a 6.2% drop in enrollment, UNC Asheville down 5.7% and UNC Pembroke down 5% … Eleven of 16 campuses expected to be less … Legislature expected to be asked for increase in funding … UNC Board of Governors think it is a short term problem … Some doing well, growing, including UNC Chapel Hill, N.C. State, Elizabeth City State, Appalachian and UNC Wilmington.

I was thinking about the current work environment … I am aware of one young male completed 4 years of college, then decided he wanted to be a truck driver, some companies paying in the $70,000 plus salary range for drivers with little experience … Sign of the times … and some Bladen County employers paying good salaries for workers and provide on-the-job training…

Another issue for workers … lack of child-care facilities…

Glenn Simmons Fundraiser in Bladenboro yesterday appeared to be a huge success … No numbers yet, but well attended…

“I believe great people do things before they are ready.” Amy Poehler

“I succeeded by saying what everyone else is thinking.” Joan Rivers

“I am not into exercise. If God wanted me to bend over, he would put diamonds on the floor.” Joan Rivers