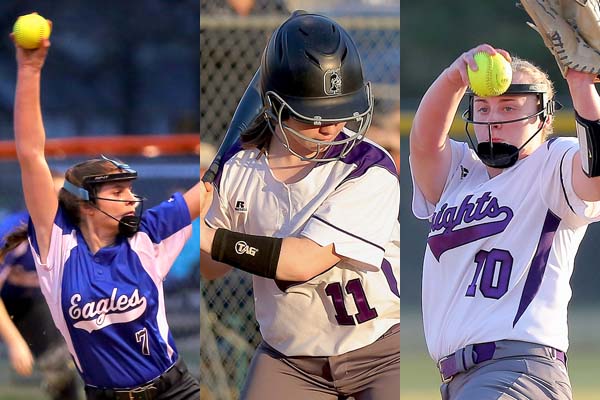 Cashwell batted a sizzling .466 for the Lady Knights and knocked in 38 runs. The sophmore slugger walloped 19 doubles, 3 home runs and a triple.

Collins was a workhorse in the circle for the Lady Knights pitching 14 complete games and striking out 98 batters in 135 innings. The senior righthander, who has signed to play next season at Southeastern Community College, posted an 11-13 record. At the plate Collins batted .310 with 15 runs batted in, 4 doubles, a triple and a home run.

Raynor recorded victories in 5 of her last 8 starts to key a late-season run by the Lady Eagles. During that run the freshman righthander posted strikeout totals of 9, 10, 11, 12, 8 and 14 per game and finished the season with a 7-6 record. At the plate Raynor batted .406 from her lead-off spot in the order.