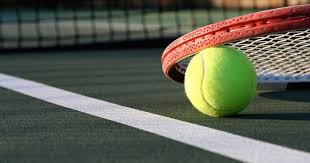 Lin posted a 6-2 singles record and was 8-4 in doubles play. She teamed with senior Alyssa Futrell to reach the Three Rivers Conference doubles championship match and advance to the Mid East Regional.

Hardin was a perfect 8-0 in singles play and finished 9-3 in doubles play. Hardin teamed with senior Carlie West to win the 3rd place doubles match in the Three Rivers Tournament and advance to the regionals.

Thurman won 6 of her 7 singles matches and teamed with sophomore Lainey Autry to win the TRC doubles championship and advance to the regional play. Thurman and Autry were 9-2 in doubles play this season.

Receiving All-TRC Honorable Mention from West Bladen were Autry (5-2 in singles play and 9-2 in doubles) and senior Marley Fletcher (4-6 in singles play, finished 4th in TRC singles tournament and won her opening match in regional play).