“At every one of these town hall meetings, I ask people to call my office and open up a case so that we make sure we prioritize where medical professionals have said the conditions in the home are most likely the root cause of their health conditions,” he said. “We’ve got to get those as quickly as possible.” 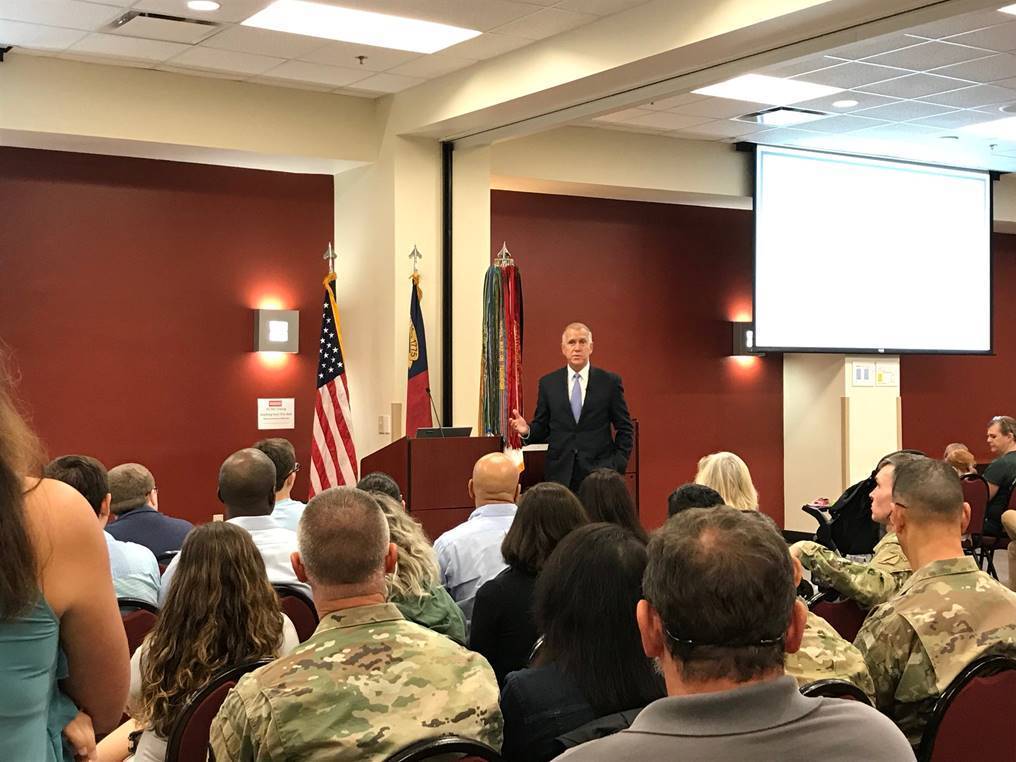 As Chairman, Senator Tillis has led the Personnel Subcommittee in a bipartisan manner, spearheading commonsense solutions that have improved the quality of life for servicemembers and military families. He recently secured provisions in the Senate-passed NDAA that takes meaningful steps to address serious issues with the Military Housing Privatization Initiative.

Tillis said he wanted to know about specific issues while he worked on finding a broad way to handle problems with military housing. He asked those who were continuing to have issues to contact his office.

About 150 people attended the meeting, which was held at the Family Readiness Group Center at Pope Army Airfield. Tillis’ office would not allow the question and answer portion of the meeting to be recorded, citing privacy concerns for soldiers and their families.

Housing at Fort Bragg has come under scrutiny this year after mold, lead paint and carbon monoxide were found in some homes. An Army survey of 43 posts that was conducted between April and May found Fort Bragg received the lowest ranking for its privatized housing.

Corvias, the company that manages housing property on Fort Bragg, was not invited to the meeting, according to post officials. The company has said it is investing about $100 million to renovate, rebuild or tear down houses at Fort Bragg.

Tillis said the housing provider, the military, Congress and the administration failed military families. He said he wanted to deal with the residents’ current problems, but also wants to find a long-term fix for the situation.

“We’ve got to make sure to put a process in place that will endure,” he said.

Tillis said he has seen some improvements in the situation at Fort Bragg.

“We’re trending in the right direction, but we’ve still got a ways to go,” he said. 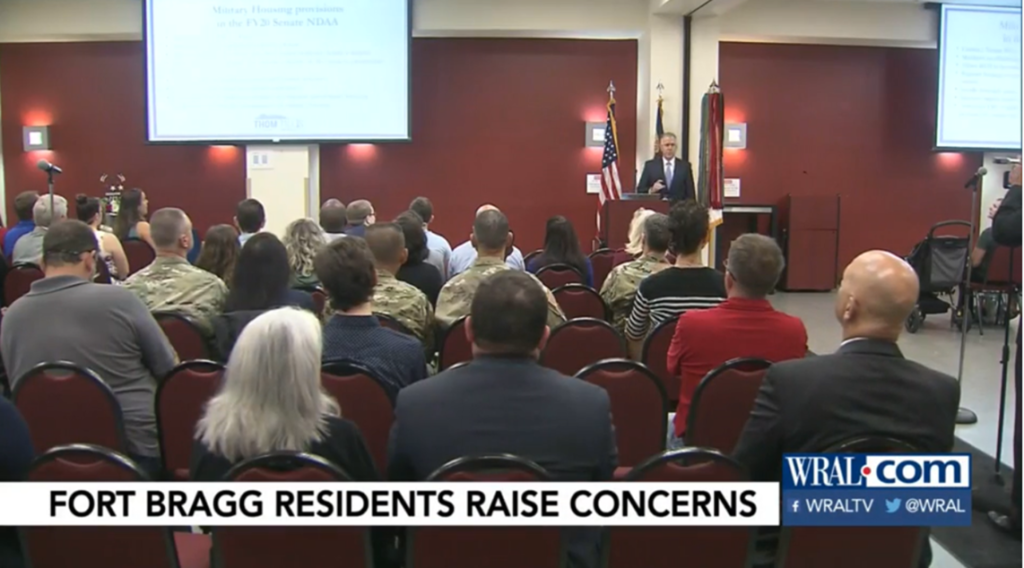 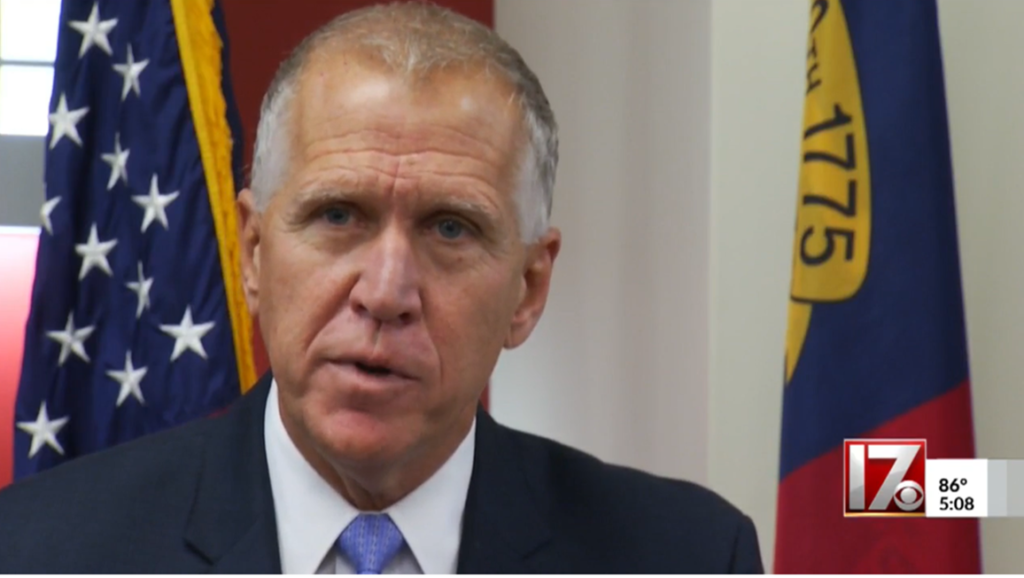 Watch the video from WRAL HERE.

Watch the video from WNCN HERE.

Watch the video from WITN HERE.