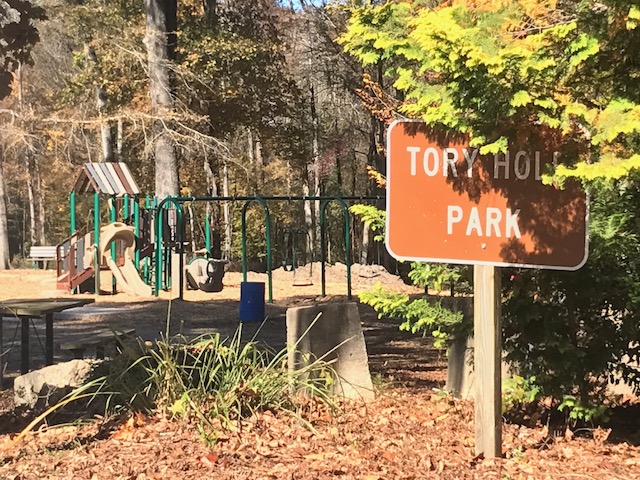 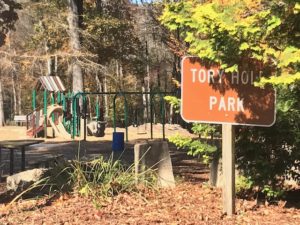 Tory Hole Park is slowly undergoing a make over of gigantic proportions. If you have attempted to visit the park recently, you may have found it was closed to the public and crews hard at work.

Rod Fritz, Elizabethtown Parks and Recreation Director, said once the work is complete, visitors will notice a complete transformation. Improvements which have been completed include the installation of new playground equipment, a disc golf course, a complete renovation of the amphitheater and new restroom facilities. 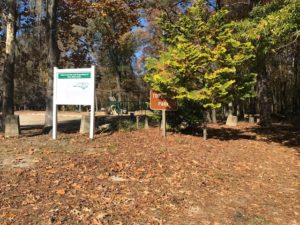 The makeover of the park is being funded through grants, said Fritz. The town has received $250,000 from the Parks and Recreation Trust Fund and the land served as the town’s match, according to Fritz. The town also received $125,000 from NC Fish and Wildlife and $100,000 from Duke Energy to utilize for the park improvements.

There were also multiple submissions for naming each hole of the course. Fritz said town staff will now work to get the names of each hole added to the score cards.

Fritz said the playground is currently 90 percent complete and cost $82,000. The improvements were funded by a Parks and Recreation Trust Fund grant.

Fritz said the playground is thematic and includes logs to crawl through, swings, a rock climbing wall, and a fort. The swings from Cunningham Recreation are in place and include an ADA child’s swing and a parent and child swing.

“We are currently in the process of installing curbing to keep the mulch in place,” said Fritz.

The amphitheater renovations include all new electrical service as well as new seating. Fritz said he would like  to see either a high school drama class or Bladen Community College produce a play at the amphitheater.  He said the renovated stage would also be good for wildlife or nature classes.

His vision doesn’t end with the addition of plays and musicals. “I would like to get the Battle of Elizabethtown going again, too,” said Fritz.

That does not complete all of the work. Fritz said the town is working through the permitting process to construct a section of boardwalk which will cross the Bald Cypress wetland. Fritz said the boardwalk is projected to be a couple hundred feet in length. He said the boardwalk will begin in the vicinity of the picnic shelter and end in a T-head with the walker having a choice of continuing on the  walking and nature trail or taking the other trail ending at the parking lot. He added, eventually, the boardwalk will end at a scenic overlook at the river.

Fritz said the work for the new restroom facility has been awarded to F3 Construction and is slated to begin in December and be completed in April.

“Right now, Tory Hole Park is closed to the public while all of this work is going on,” said Fritz.

He anticipates the park will re-open to the public in May or early June.