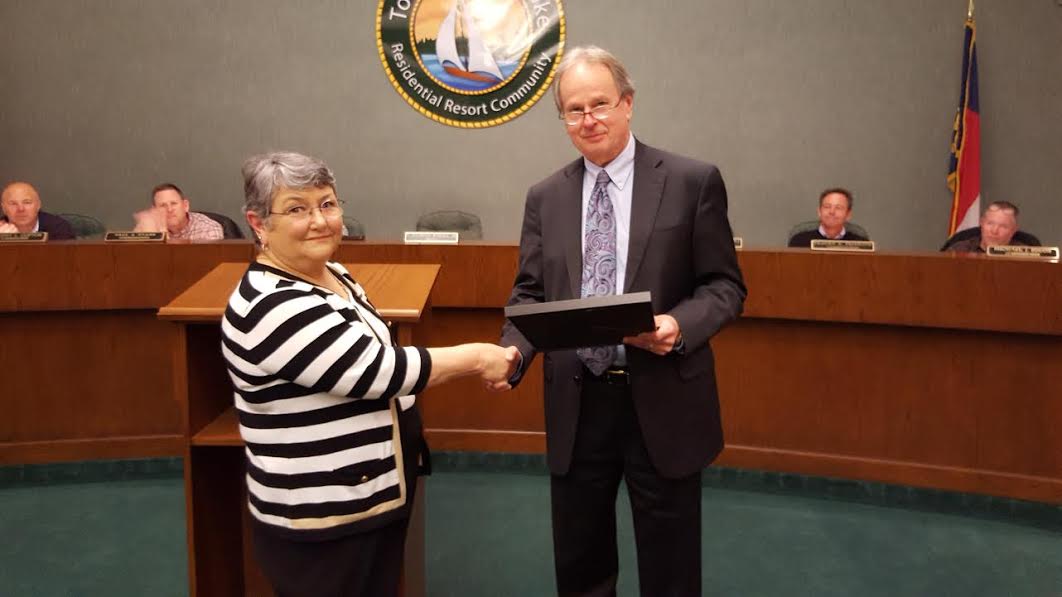 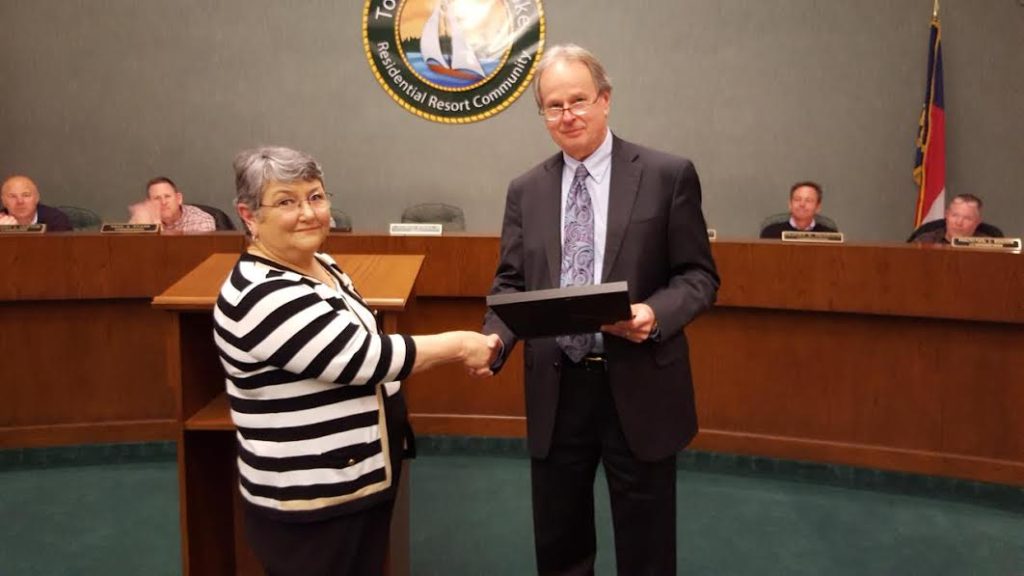 The Town of White Lake Board of Commissioners met in regular session Tuesdayevening.  The Board honored Kathy Iwerks who retired December 30, 2016.  Mayor Womble commended her for her professionalism and many years of dedicated service to the Town.  Several Town employees were also recognized for their achievements.  Mayor Womble commended Police Officer Michael Vause for completing a 40 hour First Line Supervision Course.  Lieutenant Mike Salmon also completed the Public Safety Management Program.  Mayor Womble presented Lt. Salmon with his award.  Fire Chief Dale Brennan was awarded the Fire Chief of the Year Award by the Bladen County Fire Fighter’s Association. 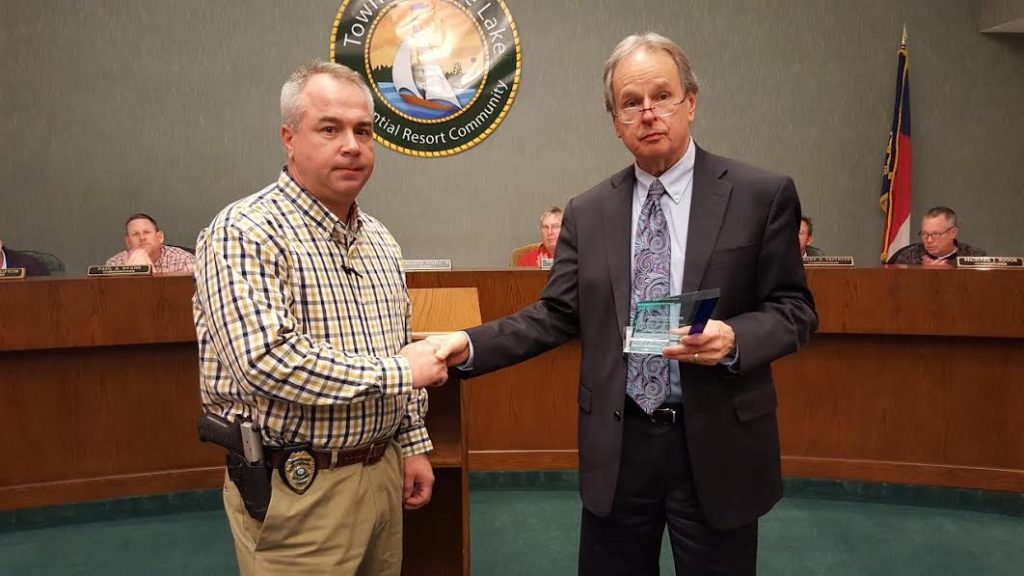 Fire Chief Dale Brennan asked the Board to declare the 1987 Ford Pierce Fire Engine as surplus property.  He also stated that he recently received a request from Timothy Tatum, Chief of the East Bladen High School Fire Academy asking the Town to consider donating any firefighting equipment that has been declared as surplus property to the Academy.  Chief Brennan asked the Board to donate the fire engine to the Academy.  The Board approved the surplus engine to be donated to East Bladen.
Kate Dixon, Executive Director for the Friends of the Mountains-to-Sea Trail asked the Board to adopt a resolution supporting any bills introduced in the NC General Assembly to designate the Coastal Crescent Trail as part of the Mountains-to-Sea Trail.  The Board approved the resolution as presented.
In other business, the Board appointed Accountant Amber Glisson as deputy finance officer; approved the 2015/16 Fiscal Year audit; approved utility releases ($2099.93) and tax releases ($1509.86); amended October Tax Releases; reappointed Time Kinlaw and Tim Frush to the NC Firefighter’s Relief Fund Board of Trustees; approved an agreement with Southern Software for the Town’s financial account package; and approved the Municipal Records Retention Schedule amendments as presented.
The Board adjourned the meeting to January 19th at 7:00 p.m. for a joint meeting with the Planning Board.  Richard Flowe with N-Focus and Al Leonard, Manager of Tabor City will be attending the Planning Board’s January meeting.  Topics of discussion will be how Tabor City is addressing zoning issues similar to the Town’s zoning issues, Code Enforcement, updating the Town ordinances and how to modernize zoning to encourage the type of growth or development the Town would like to see.  The meeting is open to the public.
Share: