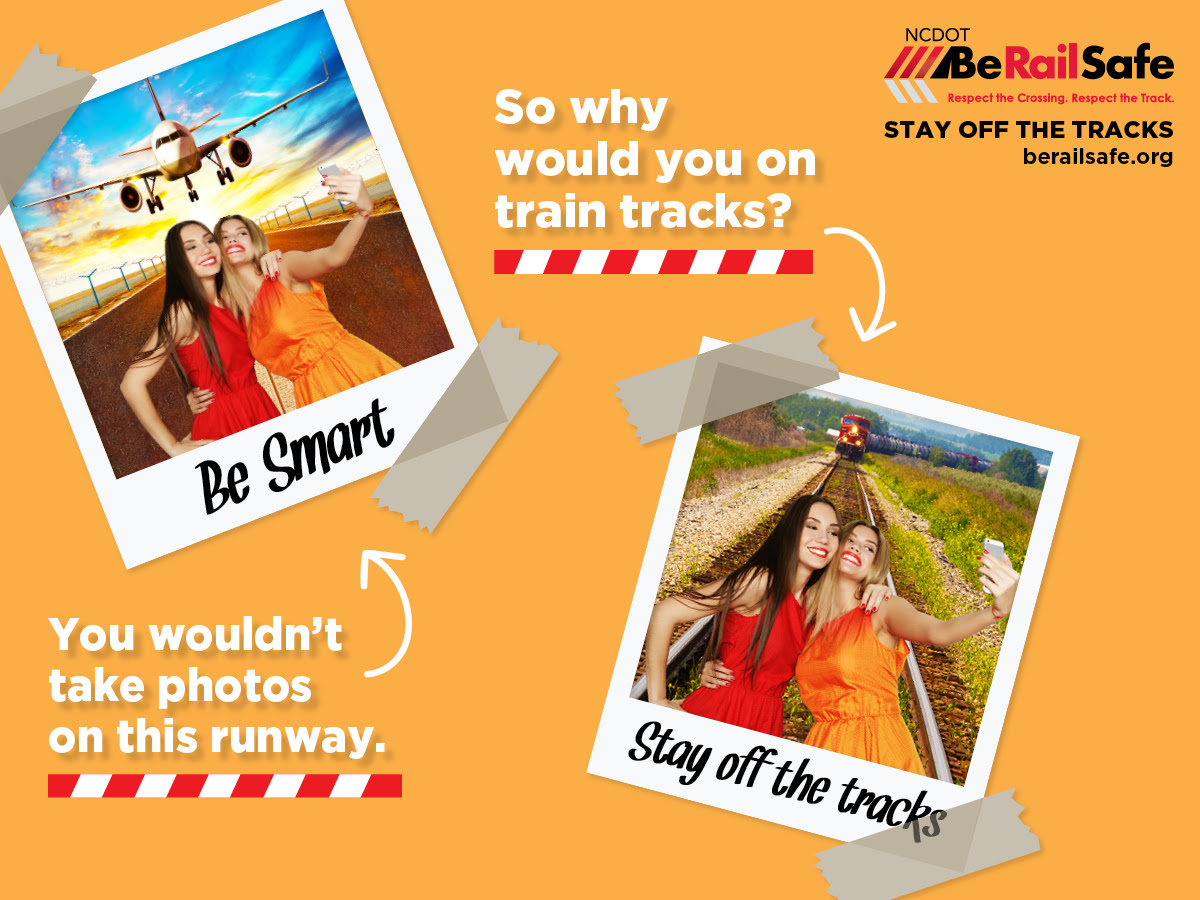 Trespassing on Railroads Can Have Deadly Consequences

RALEIGH – You wouldn’t take photos in the middle of an interstate, so why stand on railroad tracks to get that one shot?

That’s what the N.C. Department of Transportation’s BeRailSafe program is asking people to consider, especially during prom season. Standing on or near railroad tracks is trespassing.

“You put your life at risk by walking, playing or taking pictures on railroad tracks. It’s not only dangerous, it is illegal,” said Jason Orthner, director of NCDOT’s Rail Division. “We need people to understand the real dangers of taking photos on railroad tracks.”

Spring is the season for graduations and prom portraits. NCDOT is working with the state Department of Public Instruction by asking high school yearbook staff advisers to alert students and photographers of how dangerous it is to take photos on or near railroad tracks.

Last year, 18 people were killed, and 13 others injured, while trespassing on North Carolina railroad tracks.

“Those are 18 people who will not be returning home to their families,” added Orthner. “We want to remind everyone that these types of accidents are avoidable if you stay off and away from the tracks.”

Some important safety information for photographers and students to remember are:
*Railroad tracks, trestles, yards and rights-of-way are private property, and using them as photo backdrops is trespassing.
*Trains cannot stop quickly to avoid people or vehicles on the railroad tracks.
*It is difficult to determine a train’s speed from a distance. Trains typically overhang the track by at least three feet.
*Never assume railroad tracks are abandoned or inactive.
*Due to new technology, approaching trains are much quieter than you’d expect, so don’t assume you’ll hear one coming.