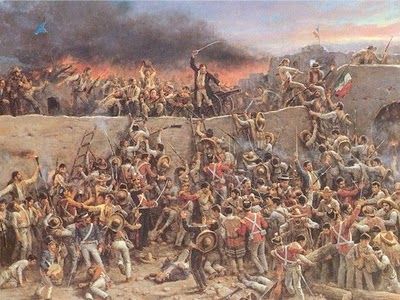 Trouble in the Alamo

February 24, 1836, enter the show of an Alabama native known as Colonel Williams Travis; under heavy fire from cannons and guns, you decide to attempt to call for backup. Where are you stationed? Simple, the Alamo.

Williams moved to the Mexican state of Texas in 1831, wherein time he became a leader for the growing movement for Texas to become an independent republic. Williams became a lieutenant-colonel in 1835 and was given command over some troops and stationed at San Antonio, a recently captured city.

Seeing how the situation might play out, Williams’ requested backup, to which thirty-two men from the local town, Gonzales, responded. Santa Ana finally besieged the shelter on March 6. Williams, Bowie, and one hundred and ninety men were killed, along with six hundred of Santa Ana’s men.

More from HistoryMore posts in History »