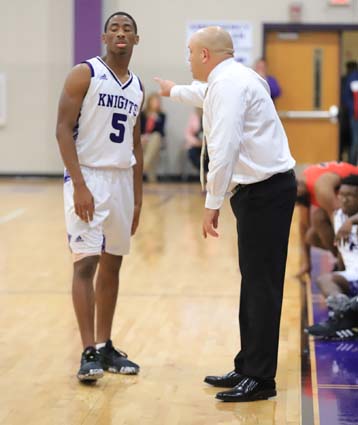 BLADENBORO – West Bladen senior Tyre Boykin announced Wednesday that he has signed to play basketball next season at the University of Missouri at Kansas City.

Boykin posted the following statement via twitter: “First off, I want to thank God for the opportunities he has given me thus far. I also want to thank my family, coaches and peers for supporting me through the whole recruitment process. After long talk and discussion with my family and coaches, I will be continuing my academic and athletic career for the next 4 years at the University of Missouri-Kansas City.”

Two other schools – UNC Pembroke and Catawba – had made offers to Boykin. “He had a ton of schools who were wanting to come see him, but most of them were wanting to wait until the spring,” said West Bladen Coach Travis Pait. “Catawba wanted him bad, but in the end he weighed his options at both schools and made his decision.”

Coach Billy Donlon is in his first year at the helm of the UMKC Roos, who are currently members of the Western Athletic Conference. Donlon and Kansas City assistant coach Lucas McKay, who recruited Boykin, are both graduates of UNC-Wilmington.

“Billy Donlon and Lucas McKay are both members of the Jerry Wainwright and Brad Brownell coaching tree just as I am,” said Pait. “I told Tyre if he went there he was signing up for four more years of me.”

The Roos are 5-5 this season and own wins over George Washington and East Carolina.

Boykin has averaged 23 points per game in the first three Knight games this season.

“It is a great opportunity and a good fit for Tyre,” noted Pait. “This is Division 1 – basketball at a high level.”