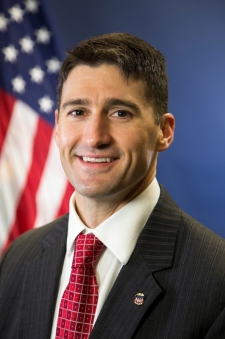 “The last three years have witnessed incredible accomplishments by the team at the U.S. Attorney’s Office,” said U.S. Attorney Martin. “We have reduced violent crime through Project Safe Neighborhoods and focused prosecutions, protected taxpayers through pursuing COVID-19 relief fraud, healthcare fraud, and grant fraud, and strengthened our local law enforcement relationships to better serve our citizens and protect their rights. Now that the new president has asked for my resignation, I will return to private law practice. I thank the Assistant U.S. Attorneys and our staff, as well as every federal, state, and local law enforcement agency serving central North Carolina. We have worked well together. Though I am leaving this role, I look forward to serving our state and nation alongside you in the future.”

A few highlights of the U.S. Attorney’s Office during Martin’s tenure include:

First Assistant U.S. Attorney Sandra Hairston will serve as acting U.S. Attorney until Martin’s successor is nominated by the President and confirmed by the Senate.