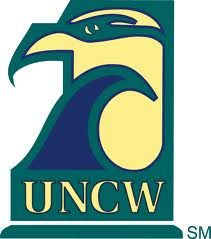 UNCW was also named a Best College Value for 2018 by Kiplinger’s Personal Finance, ranking 62nd among the top 100 public universities nationwide, up six places from the 2017 ranking. Of the six North Carolina universities in Kiplinger’s top 100, UNCW ranks 2nd in 4-year graduation and 3rd in average salary earned after graduating; this places UNCW graduates in a powerful position. Students are more likely to graduate on time than they would at other public institutions in the state, and their eventual salaries are potentially higher.

“As one of the institutions that make up the nationally respected University of North Carolina system, UNCW is committed to providing an accessible and affordable, high-quality education,” said Chancellor Jose V. Sartarelli. “These rankings recognize our continued commitment to developing distance education programming and the university’s overall affordability and value. Our students get an outstanding return on their investment through our faculty and applied-learning experiences that position them to compete for jobs or continue their education.”

UNCW has consistently been recognized for excellence and value by prominent ranking organizations. The university is ranked 6th among public universities and 14th overall in the U.S. News & World Report list of Best Regional Universities (South) for 2018, and ranked 1st in North Carolina and 40th nationally on a list compiled by Military Times of the top four-year colleges for military-affiliated students. UNCW also is featured in The Princeton Review list of “2018 Best Colleges: Region by Region” and in the Fiske Guide to Colleges 2018, a publication that highlights the nation’s “best and most interesting” colleges and universities.

Published in Education and Regionals