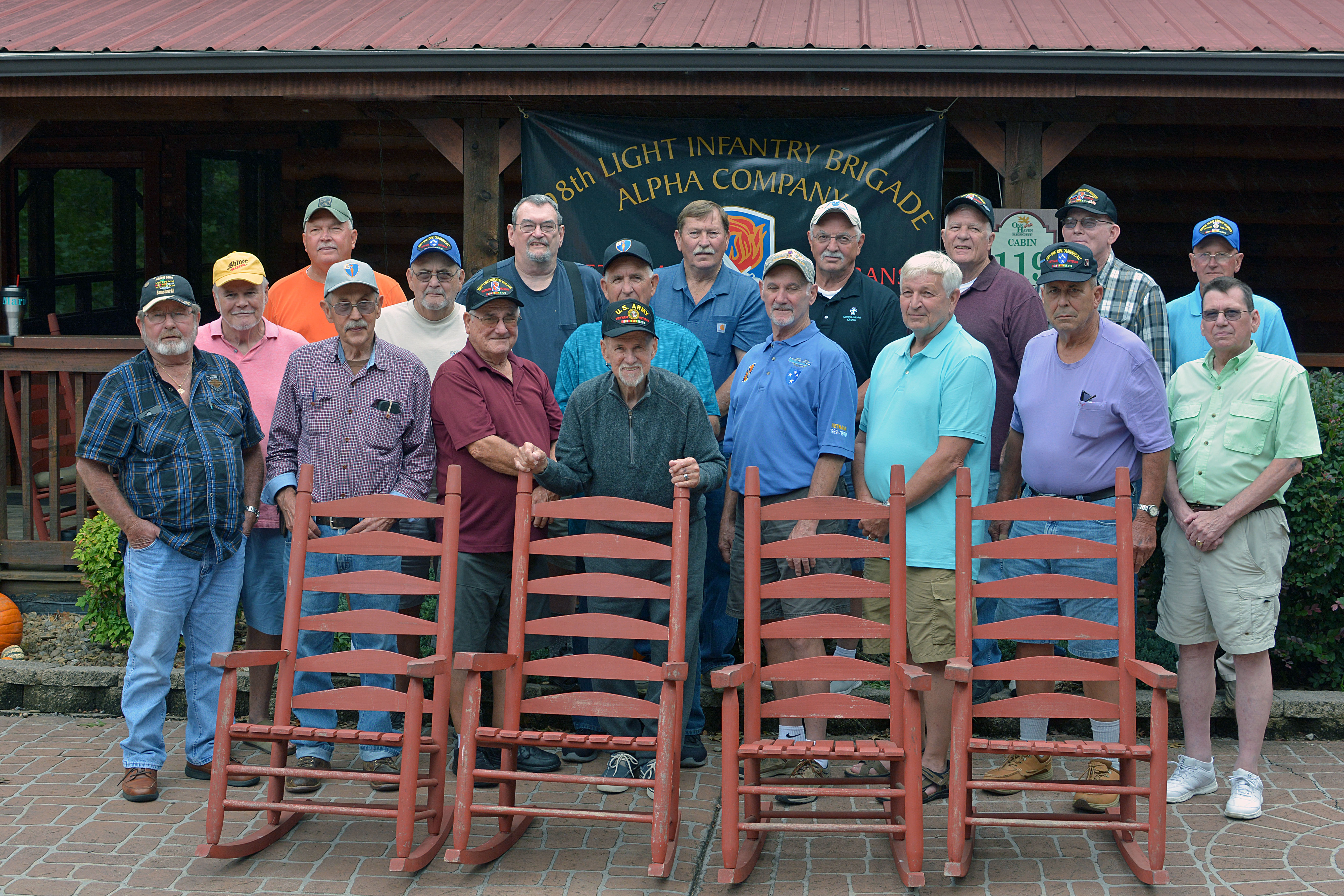 Fifty years after they were first united on the battlefields in Vietnam, 18 veterans and 11 wives met again for their 8th annual reunion.  The venue for the gathering was the picturesque Oak Haven Resort in Sevierville, Tennessee.  These veterans served with the Americal Division, Alpha Company 5th/46th 198th Light Infantry Brigade.  Most were members of the first platoon, but one served with the second platoon while four others were assigned to the fourth platoon.

John Dyer and his wife Belva from Ohio were attending their first reunion.  Most of the others have attended all eight reunions.  For Richard Bergman and his wife Dale of Illinois, this reunion was especially meaningful.  Richard has been diagnosed with pancreatic cancer and was probably attending his last reunion with his war buddies.   These veterans were extremely emotional as Richard left the gathering to fly back home.