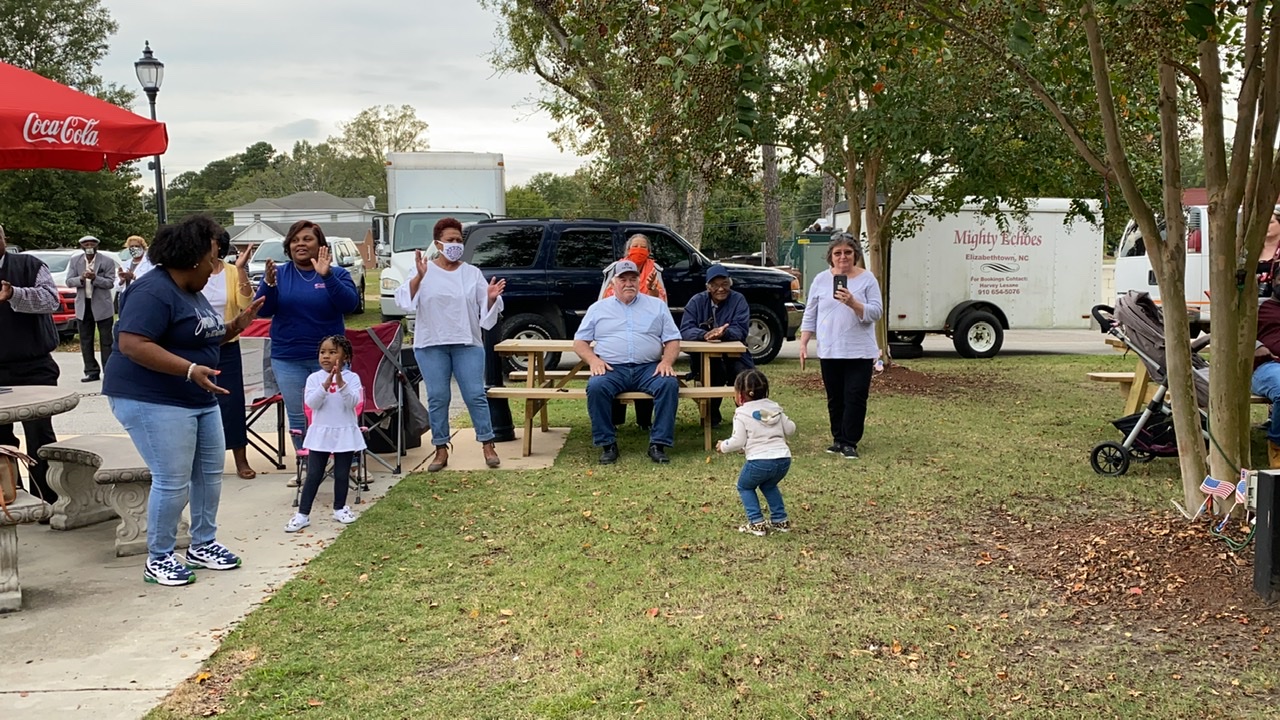 The Many Hearts One Beat Working Group in Bladen County organized a Community Celebration. The event was held on Sunday, October 4, at the Cape Fear Farmer’s Market in Elizabethtown. Men and women, boys, and girls of different backgrounds came together to worship and celebrate at the event.

The Mighty Echoes and the Lake Church Praise Team entertained the audience, and Pastor Cameron McGill delivered a Christ-centered message.

Citizens, as well as law enforcement, politicians, and emergency responders, were all recognized for the impact they have on the community.

David LeSane, with The Mighty Echoes, publicly thanked Sheriff McVicker. Mr. LeSane stated he wanted to thank the Sheriff because someone broke into his daughter’s home, and law enforcement did not give up until the suspects were arrested.

Pastor McGill, with The Lake Church, prayed there would be a move of anticipation and excitation about Jesus’ second coming after giving his emotional message.

The Lake Church Praise Team lead with Christian praise songs and The Mighty Echoes had people dancing along to gospel music.

The Lake Church is located at White Lake, N.C. and was started in 2014. Part of the church’s vision is to reach Bladen County with the Gospel of Christ. They feature the Bible verse, John 8:32, on their Facebook page. It states, “Then you will know the truth, and the truth will set you free.”