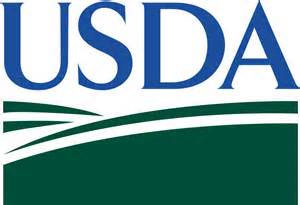 USDA to Open Signup for Conservation Reserve Program on December 9

WASHINGTON, D.C., December 5, 2019 – Agriculture Secretary Sonny Perdue announced the U.S. Department of Agriculture is opening signup for the Conservation Reserve Program (CRP) on December 9, 2019. The deadline for agricultural producers to sign up for general CRP is February 28, 2020, while signup for continuous CRP is ongoing.

“The Conservation Reserve Program is one of our nation’s largest conservation endeavors and a critical tool to help producers better manage their operations while conserving natural resources,” Secretary Perdue said. “The program marks its 35-year anniversary in 2020, and we’re hoping to see one of our largest signups in many years.”

CRP has 22 million acres enrolled, but the 2018 Farm Bill lifted the cap to 27 million acres. This means farmers and ranchers have a chance to enroll in CRP for the first time or continue their participation for another term.

Signed into law in 1985, CRP is one of the largest private-lands conservation programs in the U.S. The program was originally primarily intended to control soil erosion and potentially stabilize commodity prices by taking marginal lands out of production. This Farm Bill program has evolved over the years, providing a variety of conservation and economic benefits from coast to coast. CRP has:

 Prevented more than 9 billion tons of soil from eroding, enough soil to fill 600 million dump trucks;
 Reduced nitrogen and phosphorous runoff relative to annually tilled cropland by 95 and 85 percent respectively;
 Sequestered an annual average of 49 million tons of greenhouse gases, equal to taking 9 million cars off the road;
 Created more than 3 million acres of restored wetlands while protecting more than 175,000 stream miles with riparian forest and grass buffers, enough to go around the world 7 times; and
 Benefited bees and other pollinators and increased populations of ducks, pheasants, turkey, bobwhite quail, prairie chickens, grasshopper sparrows and many other birds

By enrolling in CRP, producers are improving water quality, reducing soil erosion, and restoring habitat for wildlife. This in turn spurs hunting, fishing, recreation, tourism, and other economic development across rural America.

Bladen County Schools announces their participation in of the U.S. Department of Agriculture funded Child and Adult Care Food Program