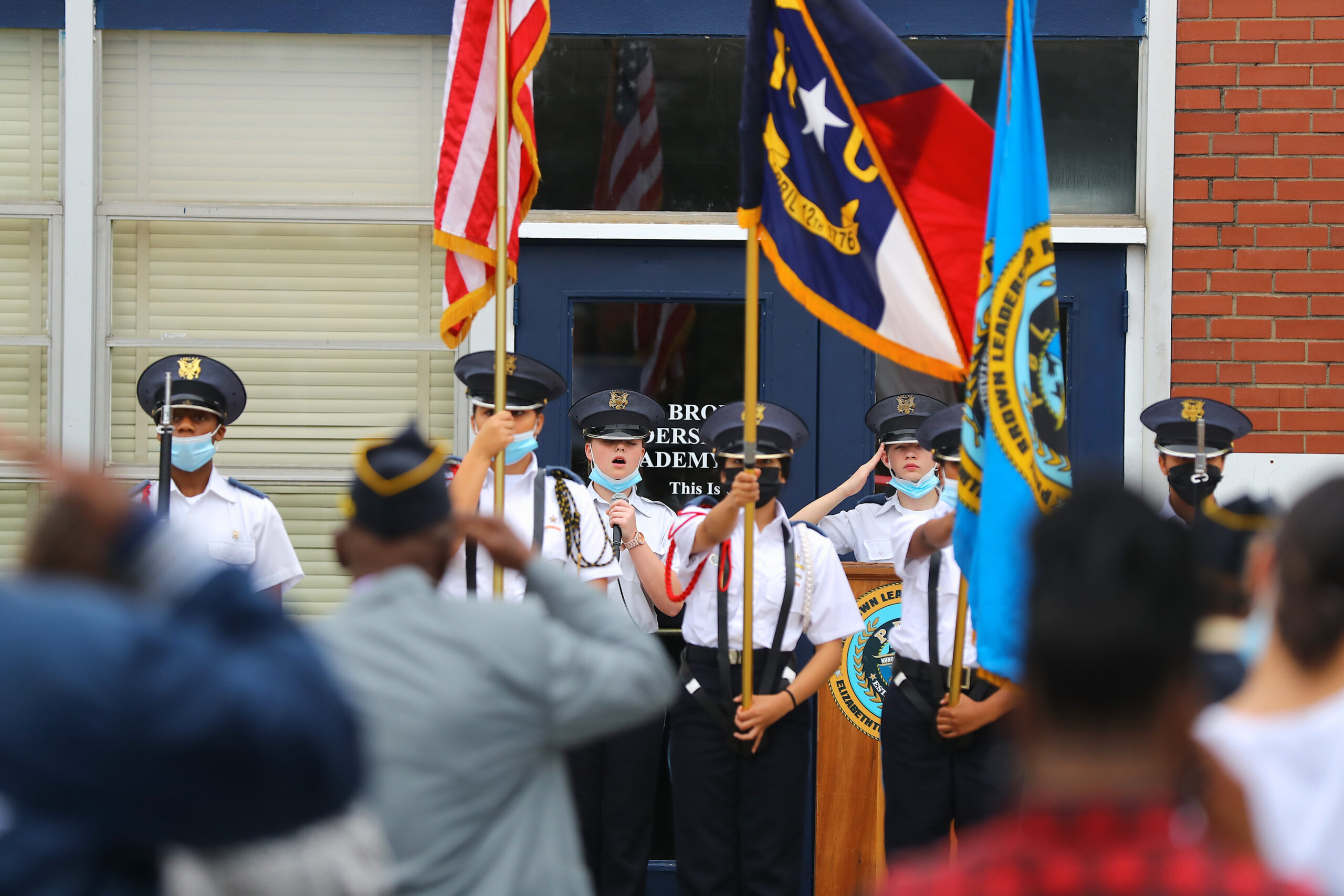 Here at Bladen Online, we had the opportunity to speak with Colonel Lloyd with Paul R. Brown Leadership Academy. He informed us about the annual ceremony that the academy held on Thursday, November 10. Colonel Lloyd said, “it’s an event we hold around each Veterans Day, to honor the veterans of the five counties that we serve.”

During the ceremony, the script highlights the contributions that the state of North Carolina made during each war. Throughout the ceremony, the academy also takes the audience back through the use of uniforms that were worn over the years, starting with World War I.

This ceremony is special because it is not only honors veterans but is entirely student-led. The whole corps of 144 cadets participated in this effort to pay tribute to the veterans. For the entire ceremony, no adults spoke, just cadets.

The academy does this ceremony each year on the day before Veterans Day so that they can travel to the Arlington National Cemetery on Veterans Day to place a wreath at the last World War I soldier that died. Following this, they would go see The Changing of the Guard at the Tomb of the Unknown Soldier and then proceed to tour Washington, DC. Sadly they did not make it to this part of their schedule because of the pluvious weather.

When asked what he hoped was taken away from this ceremony, Colonel Lloyd responded quickly that he hopes people learn that “Veterans Day is not a day just to have a sale and not a reason just to get a day off during the week.” He also added that because of how much the veterans have sacrificed for us, this day should not be taken lightly. “They are the reason we get to do the things we enjoy.”