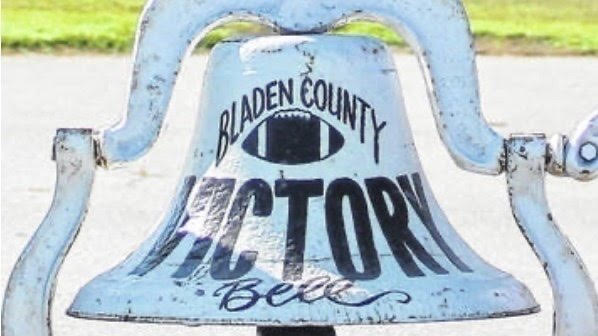 The Battle of the Bell has been a Bladen county football tradition for 18 years according to the local students. East Bladen and West Bladen High Schools would pass a bell, known as the Victory Bell, back and forth each year depending on which school won the East versus West High School Football game.

On Wednesday, November 7th of 2019 an article was released by a news outlet announcing school officials had confirmed the “Battle of the Bell” tradition would not continue. East Bladen and West Bladen High School principals and the Bladen County Schools Superintendent all agreed that the Victory Bell would no longer be a part of the school rivalry.

The Victory Bell has been almost forgotten for several years during the East versus West friendly rivalry football games, according to Mrs. Peggy Hester, West Bladen Principal.

Dr. Robert Taylor, Superintendent stated, “We acknowledge the efforts of East Bladen and West Bladen to establish a rivalry game around a centerpiece item known as the bell. This certainly was an effort to create a competitive game and provide valuable lessons on sportsmanship, and winning and losing with class,”

He continued, “While the aforementioned goals are continually met, the actual quest to possess the bell never fully developed as anticipated. Often the objects that a winning team in a rivalry get to keep and the desire to possess it, develop over many years and often be happenstance or chance.  I’m from Laurel Mississippi and we play for the Little Brown Jug against Hattiesburg, and it is the oldest high school rivalry in the state and one of the oldest in the nation. It took many decades before it became what it is today.”

Some students have taken grassroots efforts to try to reverse the decision. They started collected handwritten signatures to bring the tradition of the Victory Bell back. Now they have upped their game to using the website, change.org.

On the website the campaign stated, “Adults shouldn’t take away the excitement that the students have for this bell. Students believe this is one of the main reasons it’s such a big rivalry and don’t want the tradition to be taken away. This petition is to bring back the Victory Bell!”

As of 11:30 Friday morning the petition campaign has collected over 1,100 signatures.

There are multiple comments from current and past Bladen students advocating for the tradition to continue.

Michael Walter posted, “As a former East Bladen football player this bell is part of our history! We must have battle of the bell.”

Jennifer Potter stated, “The bell is something that is EARNED!! Keep the tradition alive!”

Spencer Scott continued the support by posting, “Not everyone is a winner, you have to earn the title.”

Mrs. Hester said, “While we appreciate the idea of “capturing the bell” as part of a friendly rivalry, the bell hasn’t been used in years.  It was actually brought to one of the games played at WB several years ago and not picked up at the conclusion of the game.  This left it housed at WB, and we haven’t moved it.  The two schools also competed previously in a pancake eating contest hosted by our local restaurants, but even that event has gone by the wayside.”

She added, “The schools will always compete as friendly rivals, but there is more focus on cooperation and camaraderie, and we choose to keep that at the forefront of all of our sporting and academic events.”

Dr. Taylor closed by stating, “Both high schools have decided that the bell will no longer be a centerpiece of their annual football game, but they will continue to encourage the desirable qualities that athletics can teach our students. But the most encouraging thing I see from both schools is their support of each other and sincerely wishing the other team the best in competition. Maybe in the future, a meaningful object will develop in the game that will last a hundred years!  But rest assured that the Superintendent will be in attendance wearing neutral gray colors!!”

Perhaps what spurred the remembrance of the Victory Bell is the new tradition started last year with the help of the Kiwanis Club of Bladen County. The club has worked with East Bladen and West Bladen Key Clubs this year for the second annual Can Food Competition.

Last year, our county suffered a great deal due to Hurricane Florence and the club decided to launch a challenge between East Bladen and West Bladen High Schools. The two schools far surpassed any expectations last year by collecting over 12,000 cans in less than a month for the Bladen Crisis food bank.

Just as last year, whichever school collects the most cans wins the contest. The Kiwanis Club members will present the winning school with a trophy that is passed between the two schools during half time at the East Bladen verses West Bladen football game.

The trophy that was won last year by West Bladen will be presented to this year’s winner during half time at the East Bladen verses West Bladen football game held tonight, November 8 at East Bladen High School.

Weather the grassroots efforts bring the Victory Bell back or not, maybe the new tradition of competition where the students are collecting cans for the local food bank will carry on through the test of time.