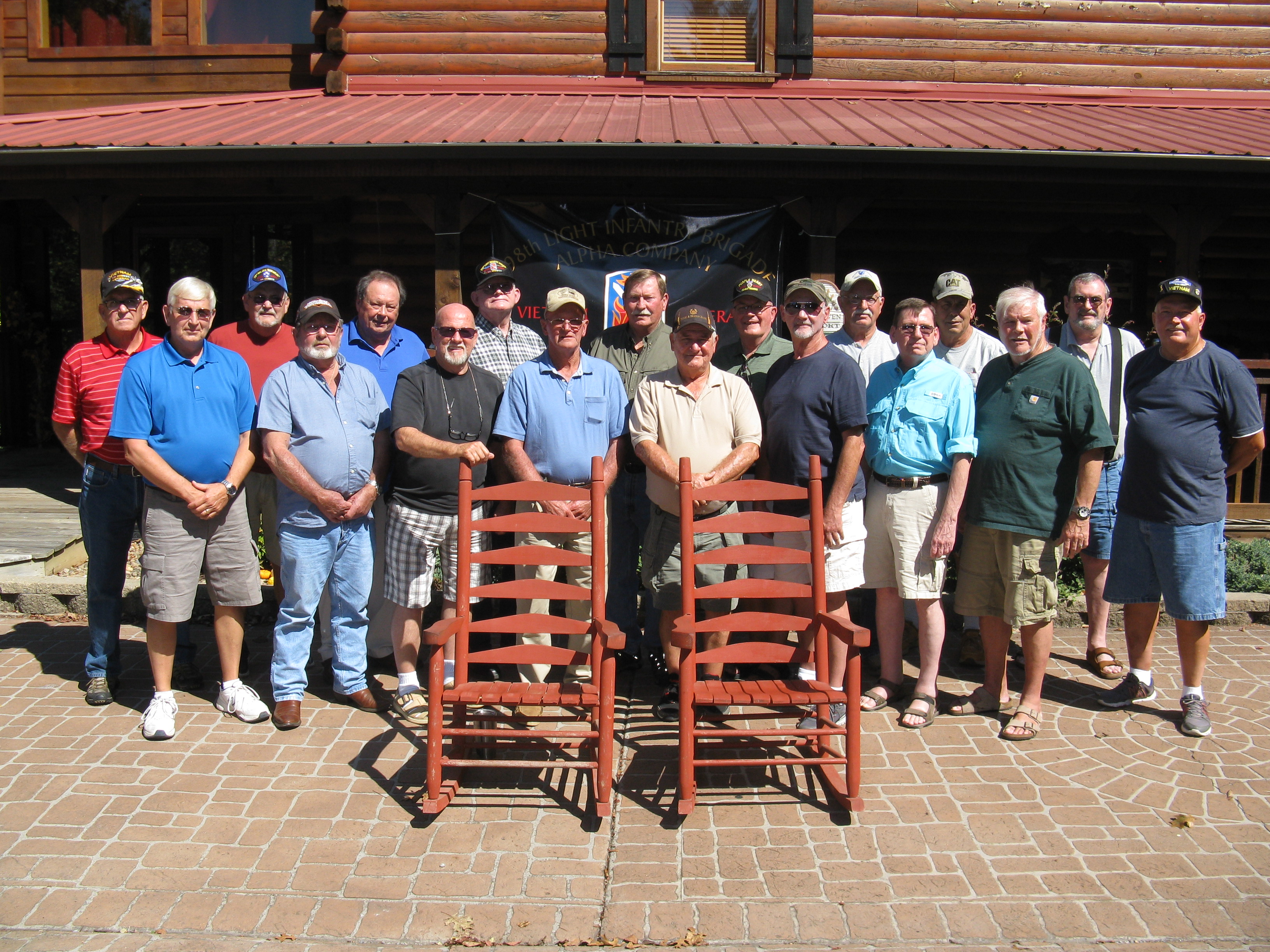 Each fall for the last six years, Vietnam veterans who served together with Alpha Company 5th/46th 198th Light Infantry Brigade have gathered together for their platoon reunion.  Oak Haven Resort in Sevierville, Tennessee hosted the 18 veterans and 12 spouses during the week of September 18-23.  Oak Haven has been the venue for five of their six reunions.

When the group picture was taken, two empty chairs were placed in memory of Medic Donald Sheffield and Sgt. Ray Utley, past reunion attendees, who have passed away.

At the conclusion of the reunion, the group decided to return to Oak Haven for their 2017 reunion next fall.