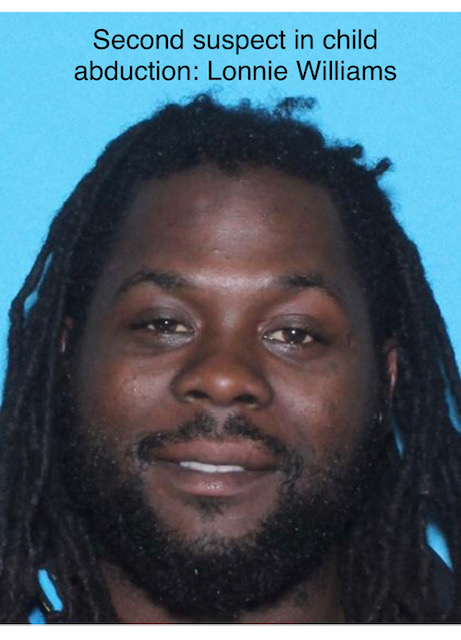 Sheriff James A. McVicker said the second suspect in the abduction of 4 month old Lonnisha Renee Askew on Monday has been identified.

“We now have a warrant for the arrest of Lonnie Williams, 29, of 1309 Clyde Norris Road, Tabor City, NC for Felonious Abduction of a Child,” the Sheriff said.

“Our investigation leads us to believe Mr. Williams was with Juanita Askew when she took her child for Little Hands Daycare on Monday afternoon. We believe Askew dropped Williams off somewhere in Columbus County after she took her child. Ms. Askew then fled to Hoke county where she stayed with a friend Monday night before he drove her to meet a family member in Lumberton to give them her daughter. We initially took the man with Askew on Tuesday into custody but did not formally charge him with a crime. We returned him to his home Tuesday afternoon.” The sheriff said the man who drove Askew to Lumberton cooperated with law enforcement and Askew also corroborated his non participation in the crime.

Sheriff McVicker said Mr. Williams is currently entered as wanted by the North Carolina Department of Correction Probation and Parole as an Absconder.
“If anyone knows of the whereabouts of Mr. Williams we need them to come forward and help us locate him,” Sheriff McVicker concluded. “I would also urge Mr. Williams to turn himself in.”

Ms. Askew was charged with Abduction of a Child and placed in Bladen County Jail under a $500,000.00 secured bond. She had a first appearance hearing Wednesday in front of Judge Ashley Gore. She was given a court appointed attorney and her bond remained the same.