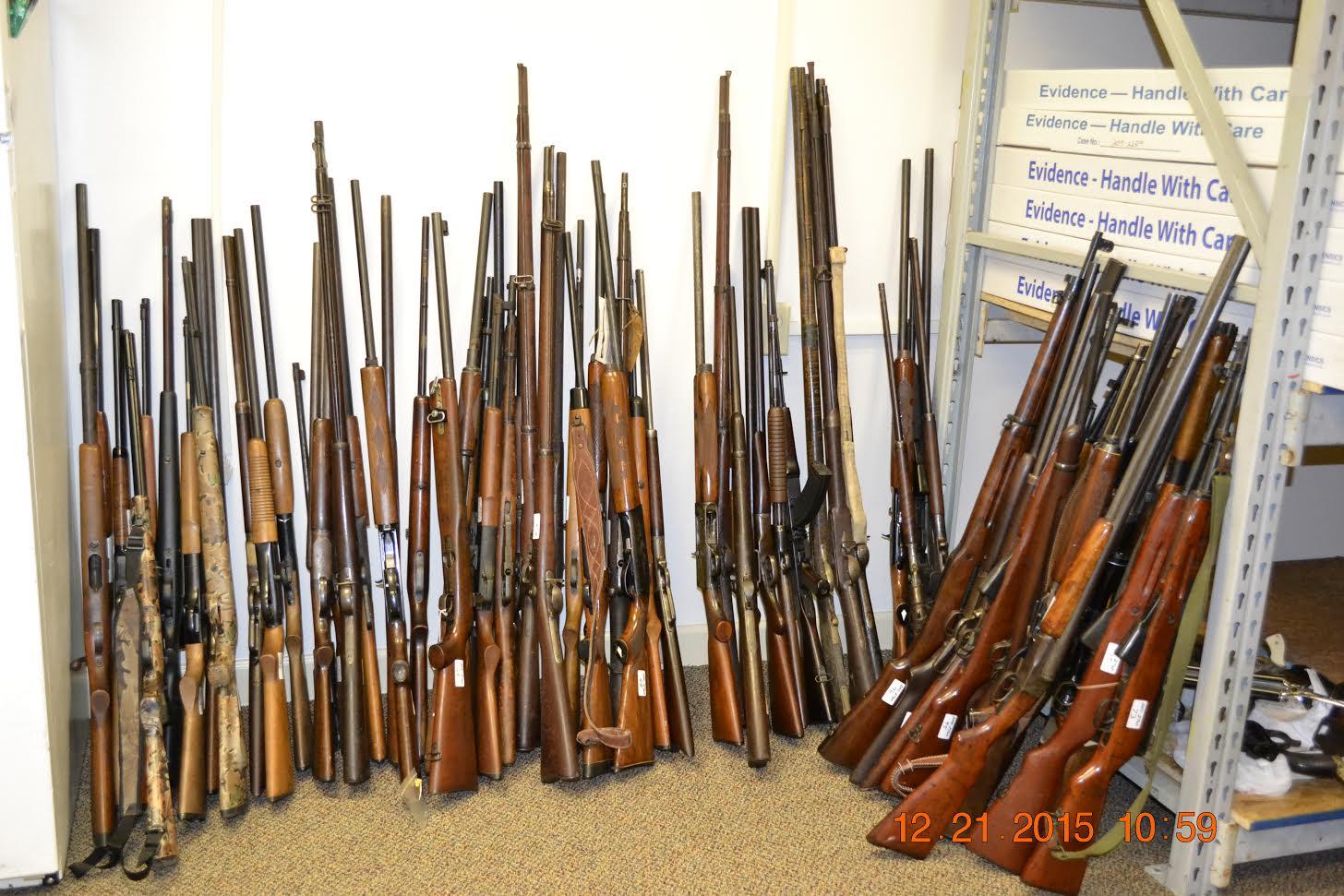 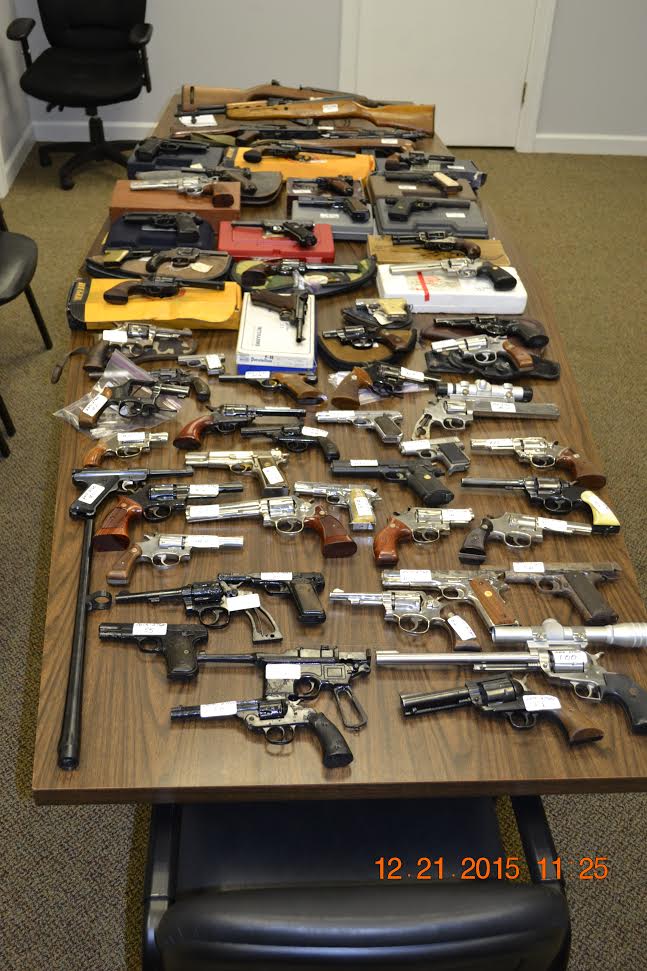 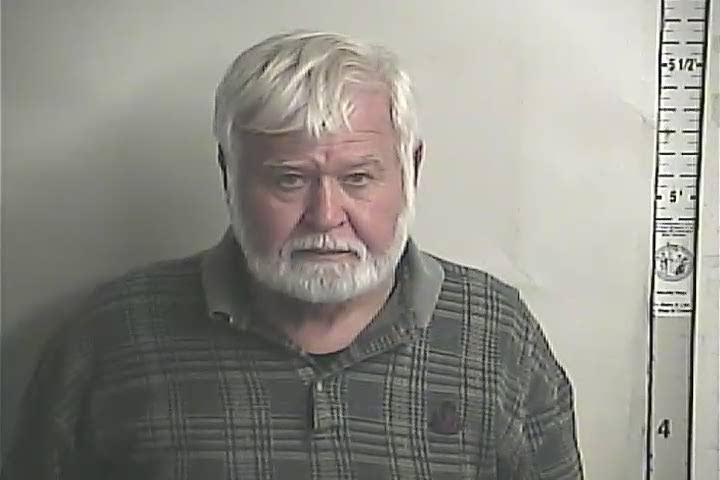 The Bladen County Sheriff’s Office seized more than 130 weapons in the Kelly area on Friday.

Bladen County Sheriff Jim McVicker said the arrest comes on the heels of an extensive investigation.

Andrew Jackson Simmons, 72, of 25245 N.C. Hwy 53 East, Kelly, was charged with one count of felonious possession of a firearm by a felon, and four counts of possession of a weapon of mass destruction. Simmons was placed in Bladen County Jail under a $250,000 bond.

“This arrest was the result of an investigation after my office received a tip and my Investigators followed up on it and obtained a search warrant which we executed Friday morning,” said McVicker. “The definition of weapons of mass destruction in this state includes weapons that are fully automatic and weapons that have a barrel length or overall length that is below those required by law. In this case we located one weapon capable of fully automatic fire and three weapons that were too short to be legally possessed. This was an extremely large seizure of weapons and it took almost the entire day just to locate, inventory and collect the weapons.”