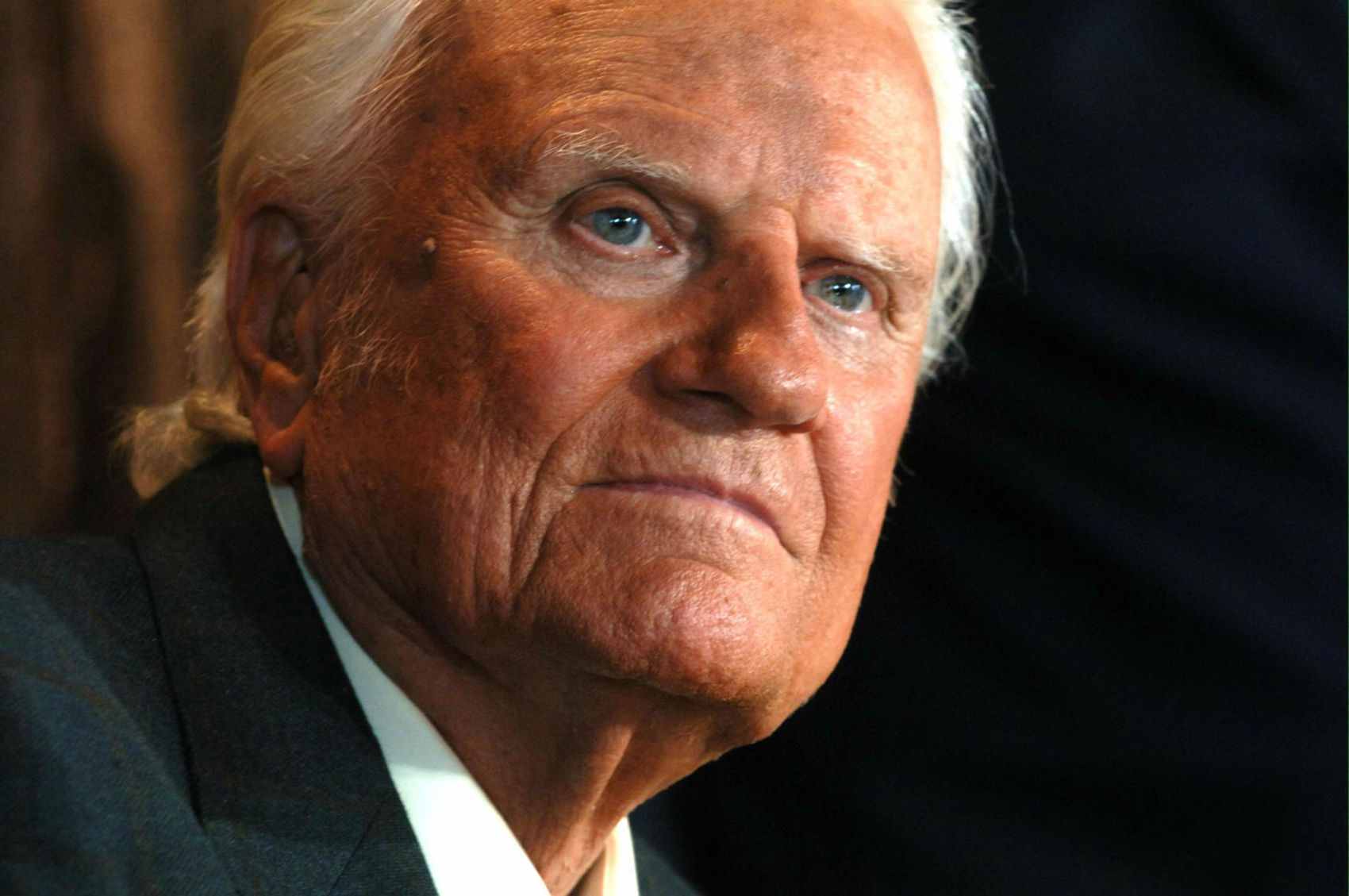 Wednesday was a great day for Billy Graham

Wednesday was a great day for Dr. Billy Graham.

On Tuesday evening, he went to bed a frail, old man.  On Wednesday morning, he woke up in the arms of Jesus, truly home at last.

Billy Graham was a remarkably humble man, instantly recognizable around the world but fully aware that his success was not his own.  When family or associates would share with him stories about the impact of his ministry . . . literally, of lives that had been changed . . . he would raise his hand and say “all glory to the Lord.”  Even in his final months, confined by the bonds of old age, his focus remained on telling others about the love of Jesus.

This week, I realized his legacy and mission is being honored by how frequently the Gospel has been shared as part of the extensive secular media coverage of his homegoing.  Sharing the good news that God loves us and offers us new life was his mission, and this week’s media coverage has become another Billy Graham Crusade.

In 1971, I first met Billy Graham while serving as his caddy at the Byron Nelson Golf Classic.  He was playing with Bob Hope, Arnold Palmer, and Gerald Ford.  At the time, I had only been a Christian for a year or two, and I was deeply influenced by how he lived out his faith and “walked the talk.”

Later, he graciously presented me with a Scofield Bible as a thank you gift.  That’s the Bible I still use today in my Congressional office.

During the 1970s, I worked with Dr. Graham and his team on many occasions while serving as Assistant to Dr. Bill Bright, who was President and Founder of Campus Crusade for Christ.  During those years I observed how Dr. Graham was so intently focused on whomever he came in contact with, be it a waitress, a taxi driver, or someone famous.  Everyone was a VIP to Billy Graham, and that’s how he changed lives.  He genuinely cared.

After entering the business world, I continued to work behind-the-scenes on several of Dr. Graham’s ministry projects, and to work with Franklin Graham to support persecuted Christians around the world.  As a Member of Congress, I personally purchased and distributed to every Member of the House and Senate a copy of his “My Hope” DVD, the special sermon released in celebration of his 95th birthday.

Suzanne and I feel blessed to have known Mr. Graham, to have participated in his ministry in a small way, and to have been inspired by his life and message.  We extend our deepest sympathy to the Graham family and pray God will comfort them.

Billy Graham finished faithfully.  His legacy is not fame or statistics, but faithfulness to his calling.