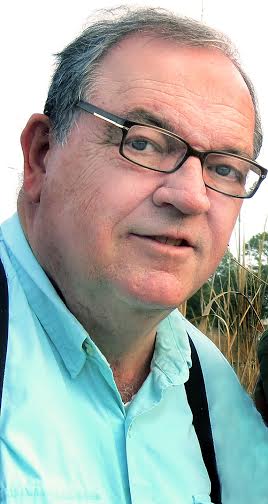 Well known photojournalist and author to present program at BCC 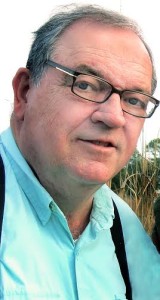 Photojournalist and author Ben Casey will be the guest speaker in a program presented by Bladen Community College on Monday, February 23, in the Library.  The program is a part of the Humanities Department’s Writers Series and will focus on Casey’s photography and books about North Carolina’s coastal waters.

A North Carolina native and lifelong resident, he earned an undergraduate degree in math from Atlantic Christian College (now Barton College) and a Master’s in Math Education from Duke University.  After teaching for two years, he pursued a career in what he says had “become his real love,” photography and journalism.

Casey says his love for the coastal waters began in his youth, while growing up in New Bern and Pamlico County.  However, for more than 20 years he lived away from the coast.  He owned a photography business in Nashville, North Carolina, for more than 20 years, but the lure of his home area eventually brought him back to Pamlico County.  In 1996 he returned to the area—what he calls “my idea of paradise, a strip of land between the Neuse River and Dawson Creek”—to pursue a career in writing.

In the following years his exploration of the river systems resulted in several books combining photography and prose including All in one River: Falls Dam to Pamlico Sound, Interviewing the Neuse River (2002), Living Waters: The Trent River, Wellspring for Jones County, NC (2004) and his most recent book Dismal? The Great Dismal Swamp Canal (2008).

He worked for several years for WRAL-TV in Raleigh documenting photos and essays which included among other things the restoration of the historic American Tobacco District in Durham.  In addition, he has worked as a columnist for several newspapers in eastern North Carolina.  But he is perhaps best known for his wealth of photos, particularly those depicting the coastal areas of North Carolina.

Speaking of his photos, Casey says he “does not embrace the computer and Photoshop to transform an image into something other than a photograph.”  He says his use of the digital camera and Photoshop are to create images in the same style he would have when he was using film.

“I love to capture—I used to say capture on film—those images that I find interesting, that speak either to the human condition or to the marvels of the planet earth,” said Casey.

Casey is currently Director of Public Affairs and Public Information Officer at Pamlico Community College.  He and his wife, Carolyn, make their home in Pamlico County at Minnesott Beach.

This program is made possible by a grant from the North Carolina Humanities Council, a statewide nonprofit and affiliate of the National Endowment for the Humanities and by Bladen Community College.

There is no charge for the program and the public is invited.