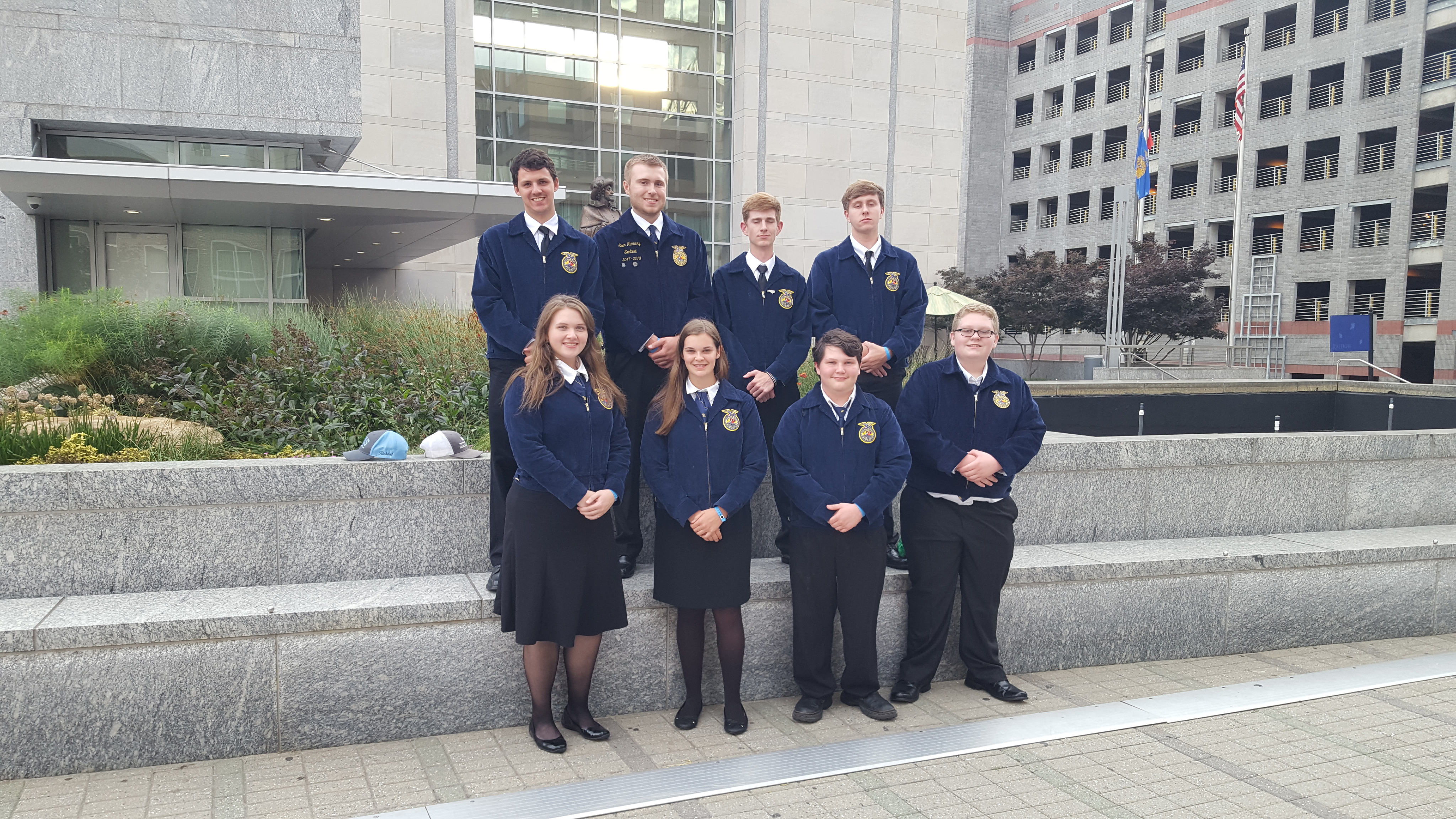 During the 2017-2018 school year, the West Bladen FFA Chapter grew by at least 30 members.  Due to this growth, West Bladen FFA received a membership growth award and on-stage recognition during the 2nd general session of FFA Convention.  West Bladen FFA member, Rainey Thompson, was recognized on stage during the third general session of Convention as a part of the Give the Gift of Blue program.  This program is sponsored by Farm Bureau, and provides deserving FFA members with their first FFA jacket.  Chapter President, Callie Lewis, served as a delegate during FFA Convention.