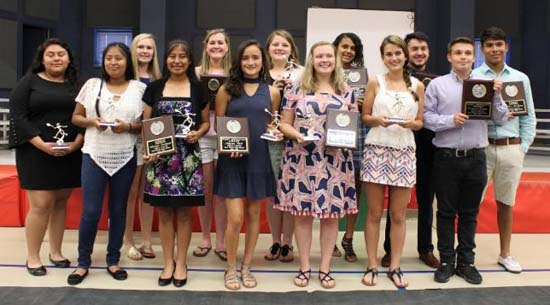 Individual awards were presented to:

“I had four young men and six young ladies that will graduate this year which I hate to see go,” said Knight Coach Billy Bryant, who then shared some history of their career statistics and awards. During their tennis career at West Bladen, the Lady Knight seniors had a 61-11 record and were 49-5 over the past three seasons.