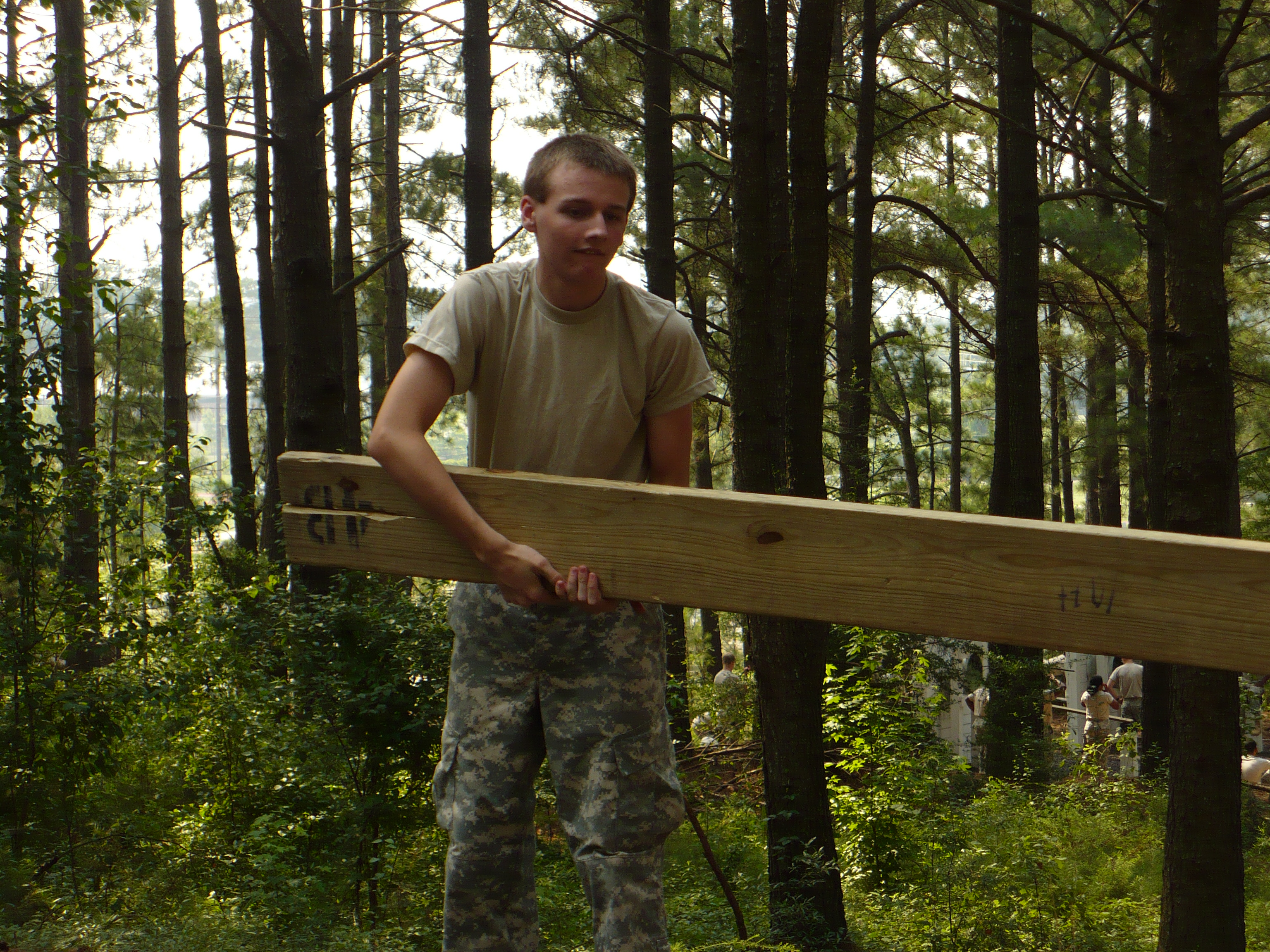 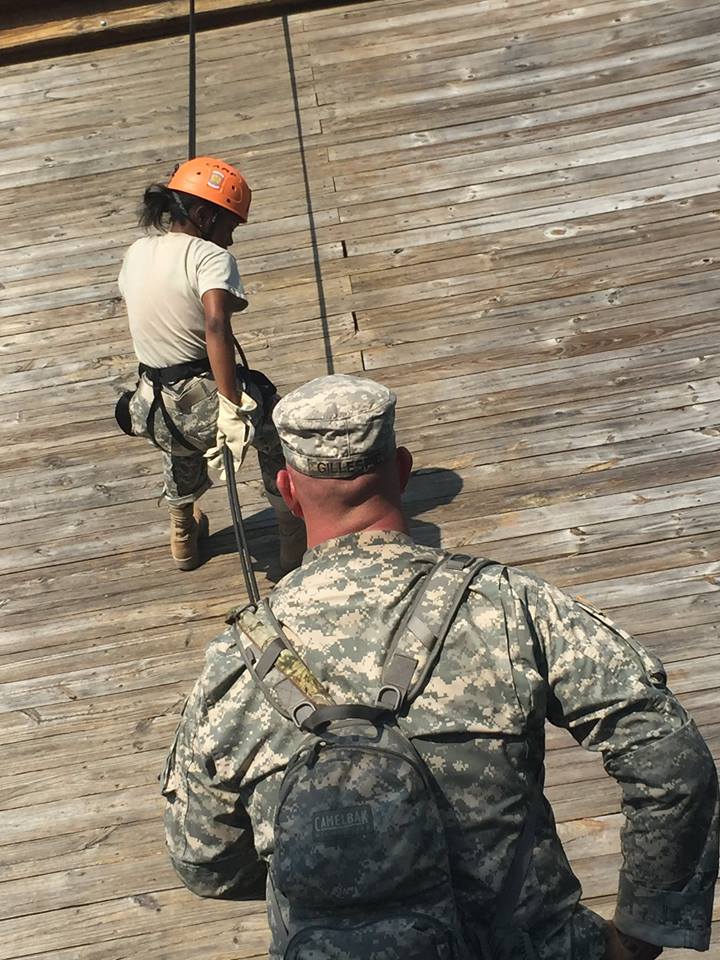 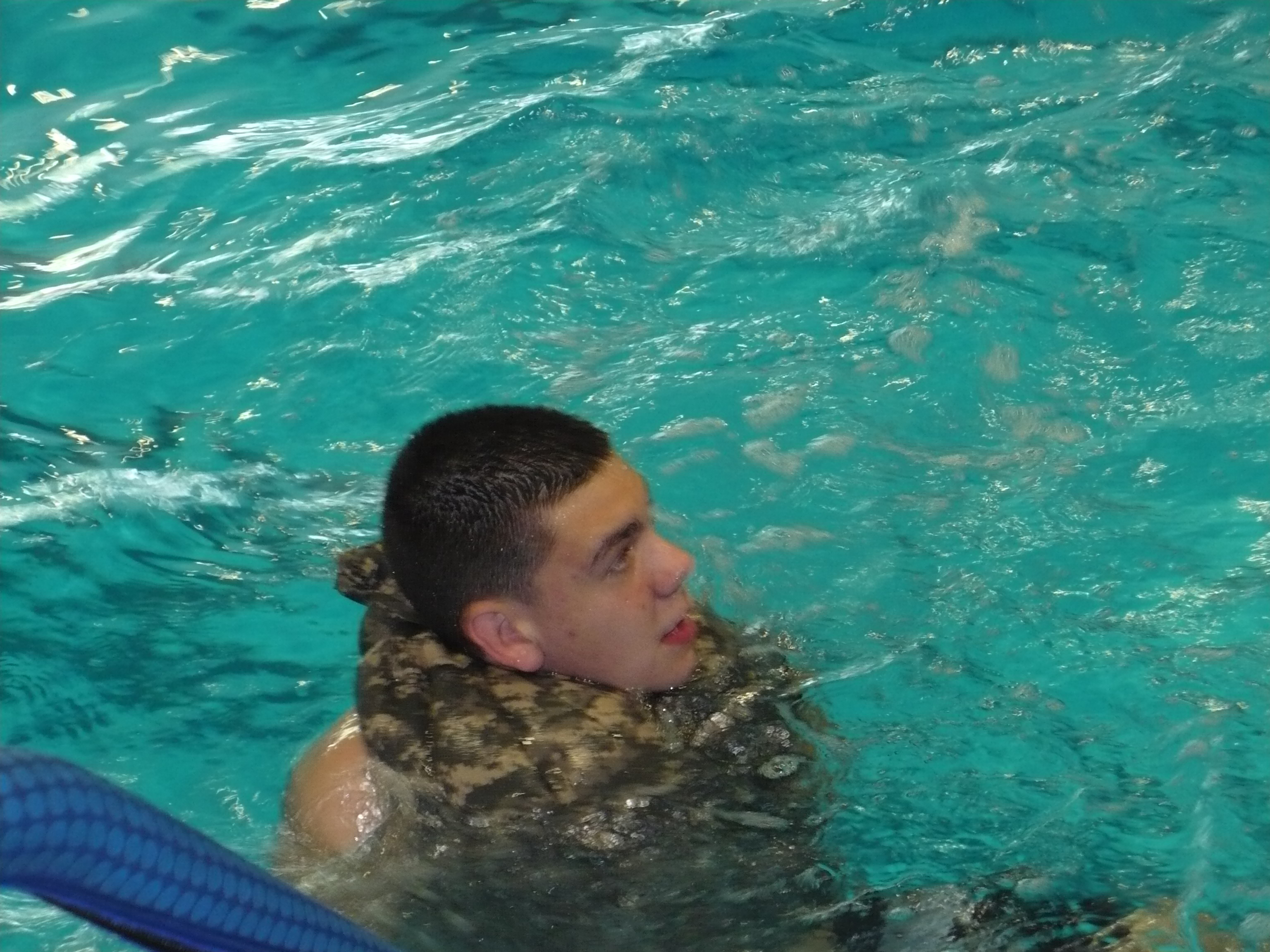 The temperatures at Fort Jackson hovered around the upper 90s, as the cadets experienced a week of dynamic events conducted at facilities normally used for U.S. Army Basic Combat Training.  Some of the favorite activities were the meals consumed in the fort’s dining facilities, wearing Army Combat Uniforms, Rappelling, and the fun, practical training at the swimming pool.

While Colonel Eli Ballard was assigned as a Safety Officer for Training Development and Water Safety training, his partner, First Sergeant John Gillespie performed duties as a Training and Counseling Officer (TAC), and worked full-time with the West Bladen cadets and their peers.  Both West Bladen instructors commented on how rewarding it is to see their cadets demonstrate their skills and strong values while working with their other top young leaders from over 100 schools.

All eight West Bladen Cadets performed with excellence and identified themselves as strong candidates for leadership positions in the JROTC battalion during the 2016-2017 school year.