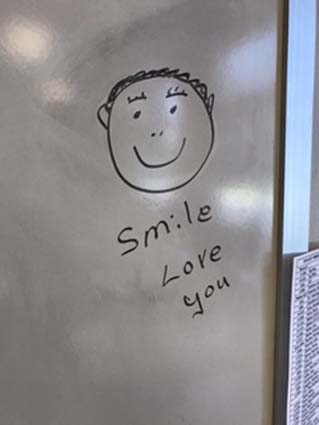 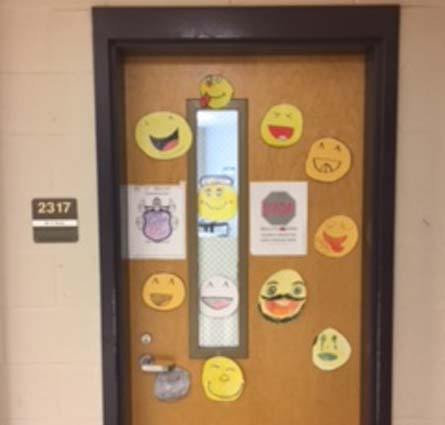 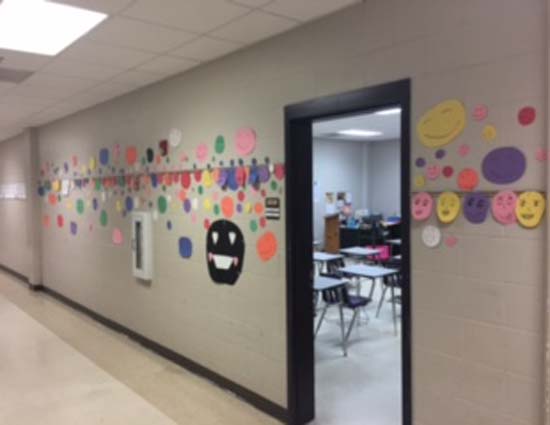 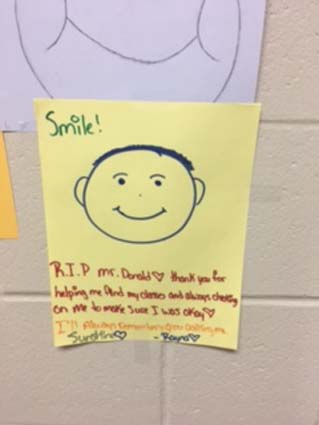 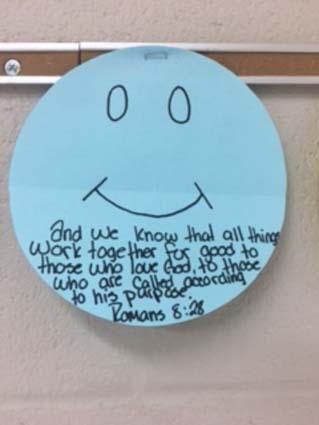 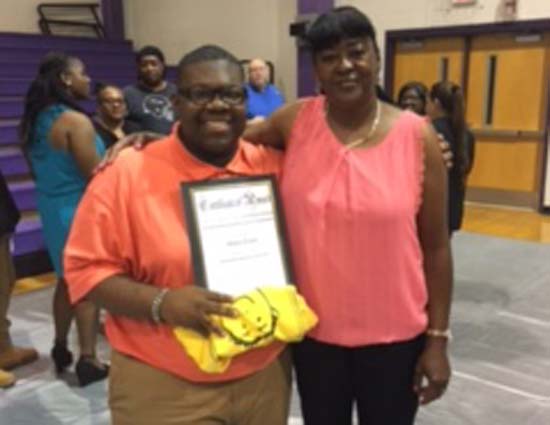 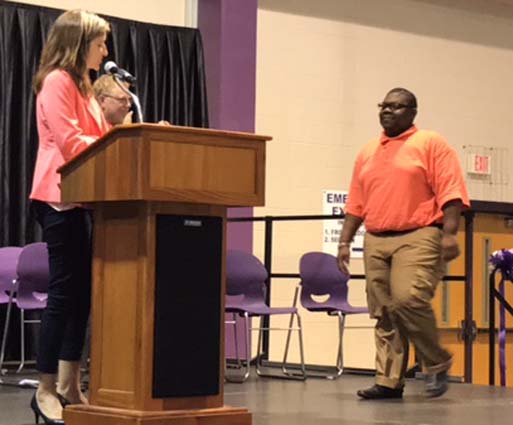 West Bladen High School students and staff gathered Wednesday wearing a t-shirt made in loving memory of a friend, counselor and motivator that was lost to the world on May 10, 2017. Mr. Donald Sykes was respected and loved by all at West Bladen and was an encouragement within the high school where he had worked for ten years.

The halls of West Bladen have been decorated with “smiles” created by the students showing honor for Mr. Sykes. Once this began, Gaye Davis, a coach at West Bladen, gathered her Dream Team and began the creation of the t-shirt worn Wednesday. Mr. Sykes had a habit of leaving a smile on the boards in the classrooms he cleaned. Using a picture of the “smile … love you” that can still be seen on many teachers boards, the t-shirt was created.

On Monday night at the West Bladen Academic Ceremony a student, Jabari Tatum, was awarded the honor of the “Smile” award. Jabari Tatum is a student that makes sure everyone he comes in contact with leaves his presence with a smile on their face. He was given this award because he held the qualities that were so admired of Mr. Donald Sykes. Mr. Sykes sister, Phyllis Bowen, was in attendance to assist in presenting this award.

The smiles he could give were contagious
And warmed you from the inside out
He never seemed to be in a bad mood
His love of God was never in doubt.

He never really enjoyed being still
When he knew there was work to be done
Though when it was time to take a break
He also knew how to have fun.

We can’t explain the difference it made
Having him here with us each day
Yet his absence most could explain clearly
Although it is felt in many different ways.

A song or a prayer and always a smile
Are the legacy he leaves in our hearts
We must pick up the torch that he carried
We will pitch in and all do our parts.

It’s amazing to think how just one man
Changed so many lives with his smile
Donald Ray Sykes has done all that and more
We are all better for having walked with him this mile.

Although our hearts break as we say goodbye
And we feel such a heavy sense of loss
We know that we are so Blessed
That God allowed our paths to cross.