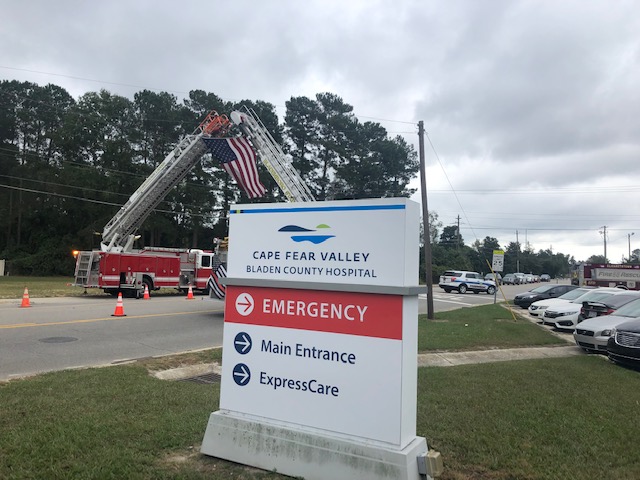 First report around 1:40 p.m. Tuesday, October 8, 2019- First responders from across Bladen County paid tribute to one of their own this morning. Fallen White Lake Firefighter known as Gray Thompson Williams Ramsey was escorted to Cape Fear Valley-Bladen County Hospital by a host of first responders after she fell from a roof.

Ms. Williams was a mother of two children as well.

Chuck Maynard, Medical Examiner confirmed Ms. Williams was pronounced dead this morning. He could not confirm what the cause of death was at the time of the report. 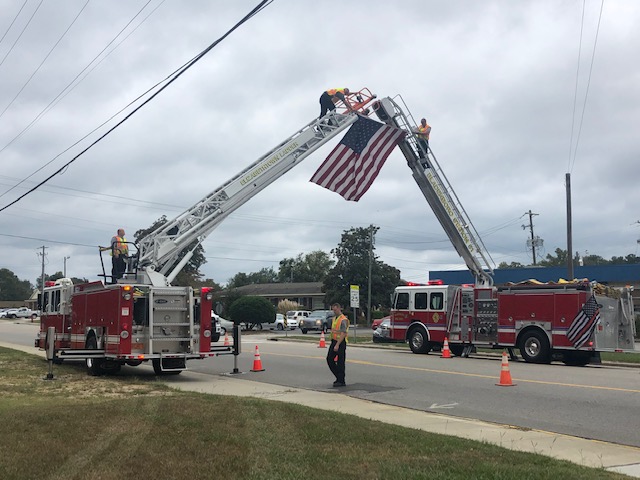 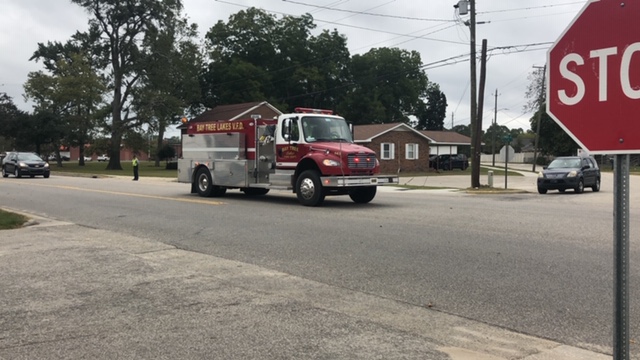 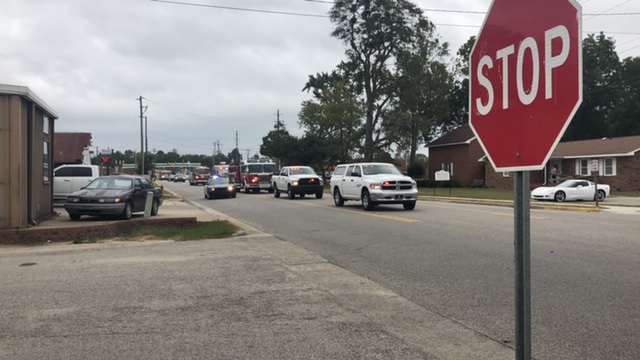 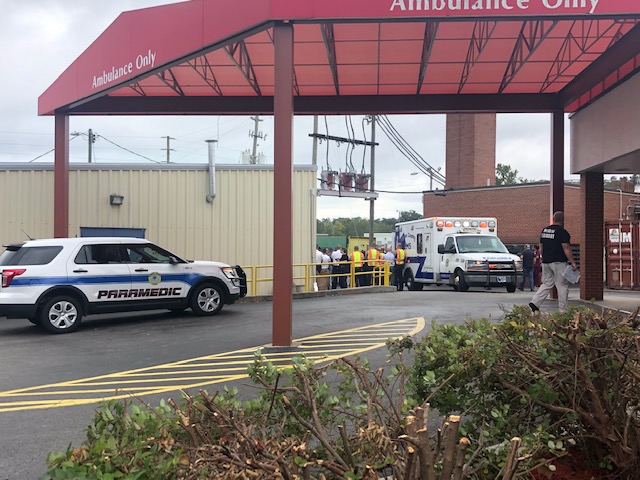 Young’s Construction was replacing metal roofing on the building when Williams fell approximatley 15 feet to her death.  The call came into Bladen Central at approximatley 10:02 am.

Williams was escorted to the Cape Fear Valley – Bladen County Hospital by first responders from the area.  Out of respect for Williams, two ladder trucks formed an arch over Mercer Mill Road with the American flag hanging benneath for the processional to pass through enroute to the hospital.

“This is just a shock to the Emergency Services Community”, said Nathan Dowless, Emergency Services Director of Bladen County.  “Gray was a firefighter and one of us.  Its tough when its one of our own, but we will work through this together” said Dowless.

No information is available at this time about funeral services.

The station added, “Please pray for Gray’s family, friends, and our department as we have lost a dear sister!”

Any departments wishing to attend with an apparatus is asked to report to Station 58 at 1:30 p.m.