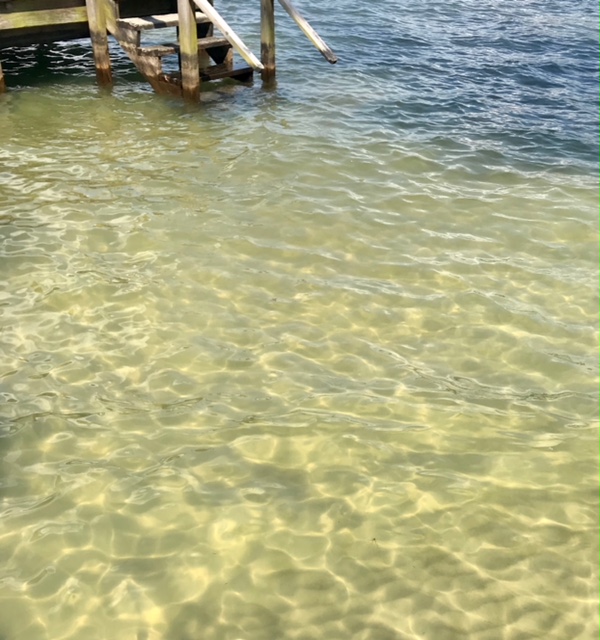 One White Lake resident says the water is the “the clearest it has been in ten years.” Rev. Cameron McGill says he can see a remarkable difference in the lake’s color prior to the recent alum treatment and today.

Rev. McGill is an avid kayaker. He said, “Two months ago, I couldn’t see paddle in the water. Now I can read the letters written on the paddle as it is deep in the water.”

Rev. McGill said on Friday morning, as he was kayaking on the lake, he said he noticed the water from Goldston’s Beach and Regal Resort to the FFA Camp is much clearer. He said other areas are clearing up as well, though, not as rapidly as the other end of the lake. He said at the White Lake Christian Camp and Retreat Center the water is almost crystal clear.

“It really looks great. It far, far exceeds my wildest hopes. I believe the Lord is in this,” said Rev. McGill.

Rev. McGill said he is very pleased with the effort.