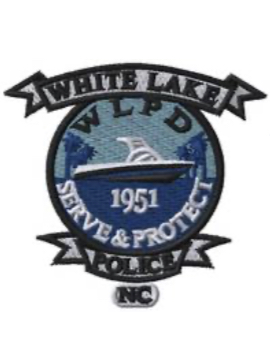 White Lake Patrolman Saves Life
Patrolman Brooks Yandle was dispatched to a Russ Street address on Saturday, July 04, 2020, at 2:44 a.m. for a medical call with CPR in progress.

After about two minutes Patrolman Yandle located a strong pulse, the woman then opened her eyes, and stood up, Yandle said. The woman was transported to the hospital by Bladen County EMS.

Patrolman Yandle was credited with saving the lives of a grandmother age 67 and her four grandchildren, a three-year-old, two eight-year-olds, and a 12-year-old in March of 2016. Patrolman Yandle responded to a well-being check where he found the 5 individuals unconscious inside a locked travel trailer suffering from carbon monoxide poisoning.
Patrolman Yandle made entry and removed the grandmother and her four grandchildren. An investigation found a burner on the gas stove was in the “on” position. It’s not known if the stove was accidentally left on or if someone accidentally bumped the knob. The victims were taken to Cape Fear Valley Hospital in Elizabethtown and transferred to Duke University Hospital in Durham for further treatment, all survived.

Before becoming a Patrolman with the White Lake police department in January 2016 Yandle worked with the Bladenboro police department where in November 2015 he was credited with saving the life of a 31 year old man. According to Police Chief Chris Hunt, Officer Yandle found the man unconscious, not breathing, with a faint pulse. Officer Yandle began CPR and continued for about 20 minutes, the man then took a deep breath and opened his eyes. EMS arrived and transported the man to the hospital.

“Patrolman Yandle is an asset to the White Lake police department and community, like our patch reads Serve & Protect; I believe he certainly lives up to that.”