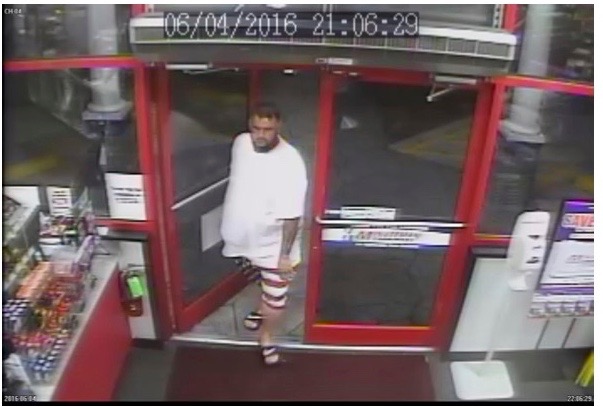 Police are investigating a larceny case that happened at Goldstons Beach in the 1600 block of White Lake Drive on Saturday June 4. This occurred sometime between 8 p.m. and 9 p.m.

The victim laid a beach bag that his wallet was in on a pier while swimming. A man is later seen on video using the victim’s Automatic Teller Machine (ATM) card. The suspect used the victim’s ATM card to withdraw an undisclosed amount of money, purchase gas, food, cigarettes, and rent movies from a Red Box.

The suspect is described as an Indian or white male, with a heavy build. He wore American flag shorts, a white shirt, and black sandals with a white Nike symbol.

Anyone with information is asked to contact Lt. Mike Salmon by calling 910-862-4057 or electronically msalmon@whitelakenc.org