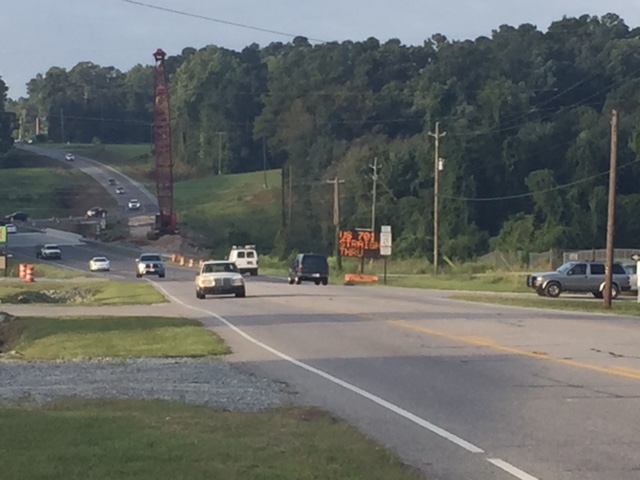 Widening of NC 87 in Bladen County pushed back again

The proposed date for the widening of the NC 87 Bypass from Elizabethtown to Riegelwood has been pushed back yet again from the year 2027 to 2029.

At their meeting on January 22nd, the Commissioners asked Bladen County Manager Greg Martin to send a letter to the NC Department of Transportation expressing the board’s disappointment and asking them to revisit the decision.

The delays in the widening project also impact opportunities for economic development.

Andrew Barksdale, a spokesman for the NC Department of Transportation, explained why the project is being pushed back.

“We are moving construction from 2027 to sometime after 2029. We made this change to assist with balancing the funding for the new STIP.  Segment C runs from NC 11 to US 74/76,” said Barksdale.

He said the right of way acquisition for the project has been moved from 2025 and is now scheduled to begin in 2029.

“Construction of this segment is not funded in the draft STIP for 2020-2029. In the future, we hope it will score well enough and receive enough support from local transportation planners to become funded,” said Barksdale.

According to NC DOT, projects were prioritized based on technical data as well as input from local officials and residents.

The draft plan for the 2020-2029 State Transportation Improvement Plan (STIP)  includes about 500 changes in major highway projects from the current STIP. Half of the changes include new road projects. Also, there were about 200 projects where a schedule was changed for planning or budgeting needs, and 10 projects whose schedules were accelerated.

“Another 24 projects on the current STIP didn’t score high enough this time to remain in the new draft plan. A statewide list of these major highway changes can be found on the NCDOT STIP web page,” said Barksdale.

He said NCDOT does propose to widen NC 87 in the future.

“Our long-term plans are to widen NC 87, and we have broken up these potential projects into four segments: A, B, C and CA,” said Barksdale.

He itemized the segments as follows:

*Section CA is the interchange NC DOT proposed to construct at the NC 87 and NC 11 intersection. This is funded, and there was a recent open house conducted to receive citizen input.

*Section C is widening NC 87 from N.C. 11 to US 74/76 in Columbus County: This project had been funded in the currently adopted STIP, but it will be delayed to past 2029 in the new draft STIP, according to Barksdale.

When asked if the widening of NC 87 could possibly be made into a higher priority in the future, Barksdale said, “Possibly, yes. If we get new grant money that is allocated for this corridor, the N.C. Board of Transportation can amend the STIP at anytime (at their monthly board meetings, of course) to reflect the new information and accelerate the funding project.”

He continued, “What is more likely is we at NCDOT and our local transportation planners will re-evaluate this project (Segment C) when we update the STIP again two years from now, to cover the years 2022-2031. On a related note, any projects funded for construction in the first five years of the our 10-year plan are essentially locked in, and are not de-funded.”

Barksdale added these projects also could be delayed, if the right of way acquisitions  and design will take longer than initially anticipated.