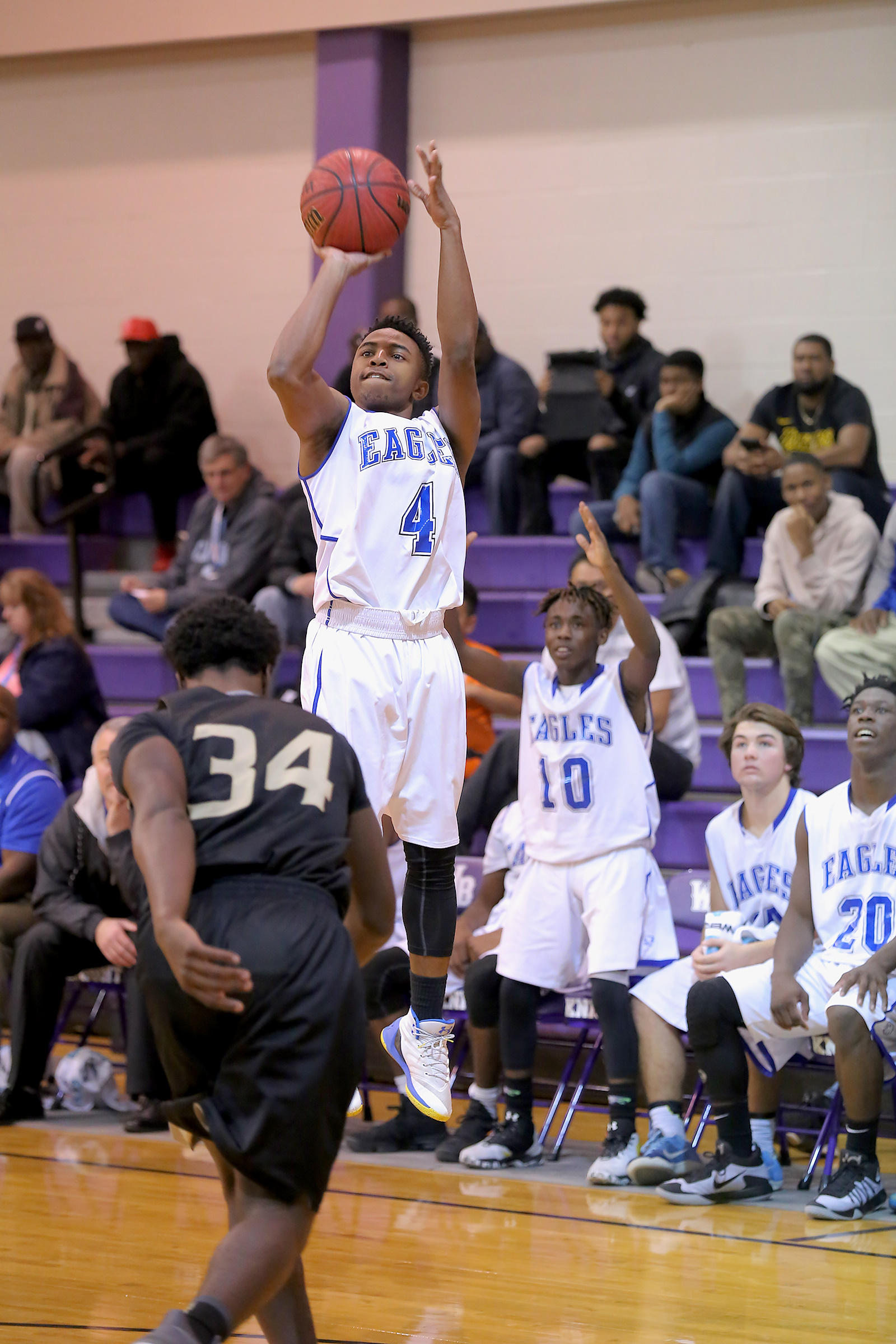 Senior Kris Williams threw in a lay-up, a follow shot and a 3-point bomb as the Dark Horses sprinted to an early 12-2 lead.

Freshman center Javant McDowell dropped in a pair of follow-shots and a lay-up to keep East Bladen within 29-8 at the quarter break.

Three-point baskets by Hampton Brock and Carson Ellis helped the Dark Horses pad their lead to 43-17 at halftime.

Byron Bowen scored on a lay-up, put back a rebound and sent a pass to McDowell for another lay-up in the second quarter. McDowell tacked on a free throw, and senior Sincere Smith added a basket for the Eagles.

The Dark Horses opened the second half with a 25-6 burst that widened the gap to 68-23. McDowell and Smith tossed in a basket and a free throw each for the Eagles in the third period.

Senior Deondre Newkirk canned a free throw to begin the final period for the Eagles. Junior Keshaun Davis turned a steal into a lay-up then drove to the basket for a pair of old-fashioned 3-point plays.

McDowell led the Eagle offense with 12 points and 5 rebounds. Davis scored all 10 of his points in the final quarter, and Smith finished with 7 points.

“We knew they were good coming in, and they played as expected,” said East Bladen Coach Kenzil McCall about the 8-1 Dark Horses.

The Eagles will play Thursday at 4 p.m. against Whiteville.