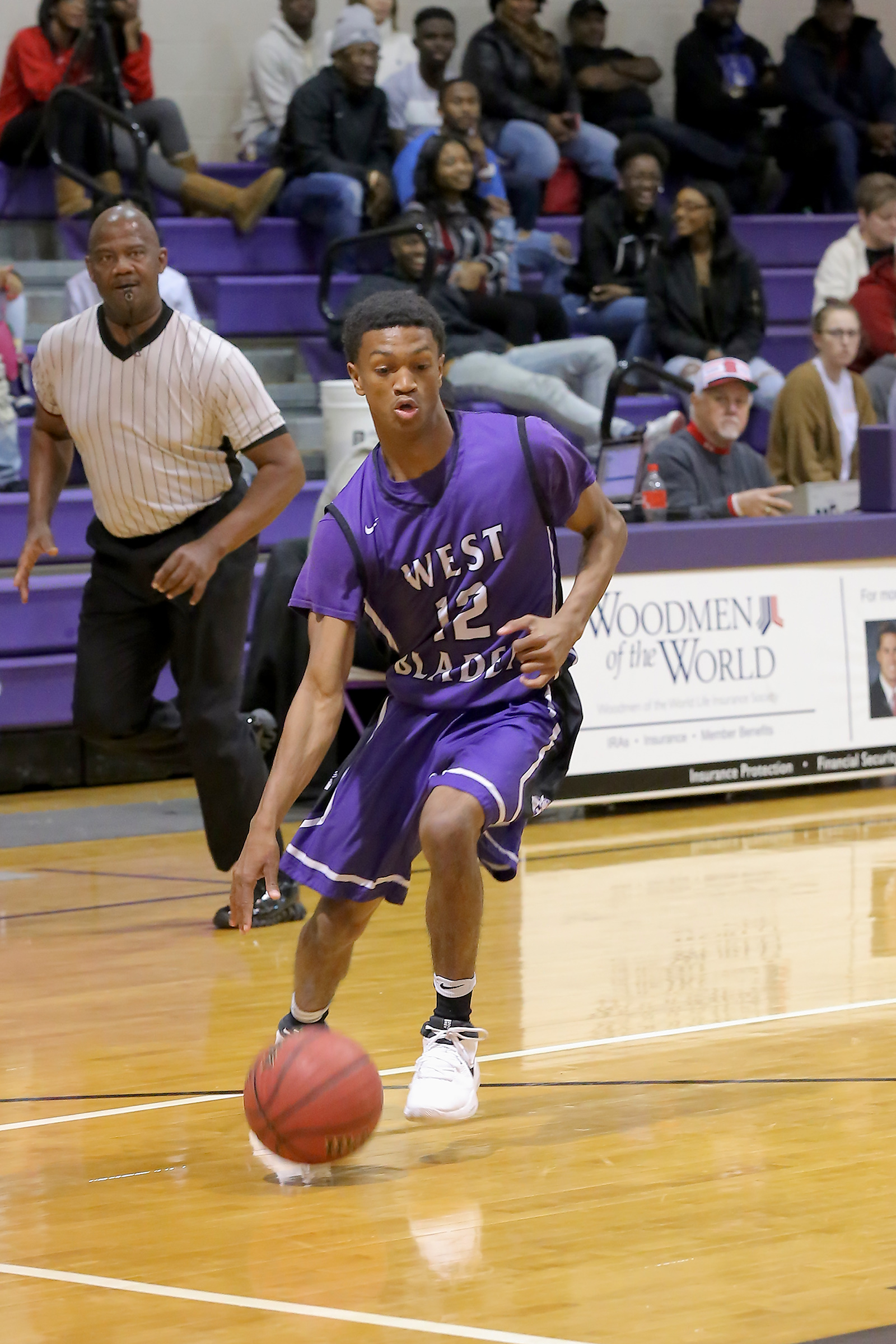 Ratliffe nailed a trio of 3-balls from the left corner to give the Scots an early 9-2 lead. Isaiah Bostick’s dunk made it 11-4, after sophmore Trashawn Ballard popped in a 12-footer for West.

Bowen answered with a corner 3-ball for West. Junior Kerron Baldwin-Washington hooked in a runner, and Williams knocked down a 3-pointer from the right wing that vaulted the Knights in front 24-23 with 5:13 left in the half.

Ratliffe banked in a runner to begin an 8-2 Scot spurt that ended when Bowen drove the baseline for a reverse lay-up that pulled West to within 31-28 at halftime.

Sophmore Tyre Boykin opened the second half with a lay-up off of an assist from Williams to slice the Scot lead to 31-30. Ratliffe drove for a pair of lay-ups to spark a 10-2 Scotland flurry that padded the lead to 41-32.

Freshman Shyron Adams turned an assist from junior Drew Harris into a lay-up, Williams drove for a lay-up, and Robinson converted a Boykin assist into a lay-up that kept West within 49-40 at the quarter break.

Justin McRae and C. J. Settles sandwiched 3-point baskets for Scotland around a 3-pointer by Reyes as the lead grew to 61-49. Two McRae free throws and a Bostick lay-up upped the count to 65-50.

Adams stole the ball and dashed for a lay-up, Williams turned a rebound into a 3-point play and Bowen bombed in another 3-ball but the Scots held on for the win.

“We competed, but they have a good team,” said Knight Coach Travis Pait. “They were better than us.”

Bostick and Justin McRae followed Ratliffe with 11 points each for Scotland, and Wall had 8 points.

Scotland, now 9-2, advances to the championship game against Clinton at 8 p.m. Friday. West Bladen will play South Brunswick at 6 p.m. Friday in the third-place game.